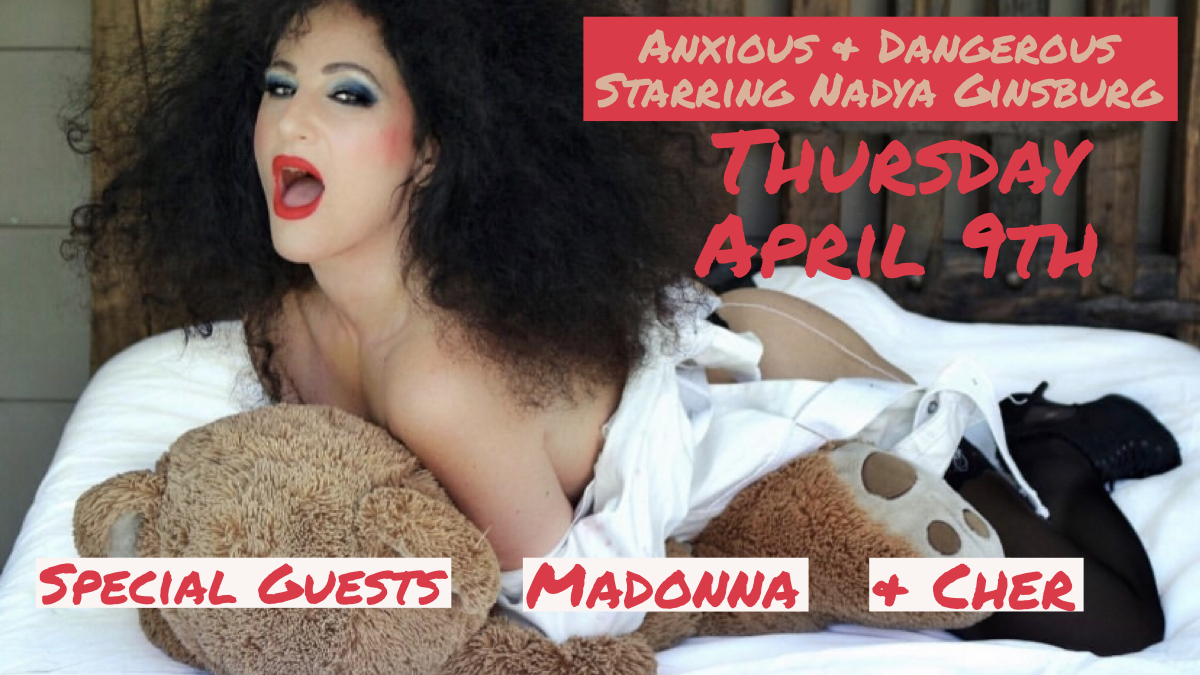 Nadya Ginsburg, the woman of a thousand voices, fresh from a SOLD OUT run in LONDON, comes to Seattle with her newest solo show, ANXIOUS AND DANGEROUS, a mix of queer-centric, female, midlife crisis inspired, pop culture skewering comedy and song. All the bitches in her head are back and Madonna and Cher both appear as Special Guests.

Nadya Ginsburg’s career as an actress, comedian and writer/producer encompasses the NYC and LA stage, network television and feature film. Having honed her skills in the alternative comedy scene in NYC, Nadya is perhaps best known for her spot-on impressions of Madonna and Cher, which have gained her an international cult following. She has shared the stage with Lily Tomlin, Sarah Silverman, Amy Poehler, and Amy Sedaris and she has been featured in The New York Times, London’s Q Magazine, The New Yorker, Heeb Magazine, The Village Voice, Time Out New York and In Style. As a voice-over artist, she has lent her talents to everything from Anime cartoons to national commercials and radio spots. In addition to having written for comedy legends Joan Rivers and Roseanne Barr, she Guest starred “2 Broke Girls,” was a Guest Star Comedy Judge on “RuPaul’s Drag Race,” and most recently was featured in the Ben Stiller Produced feature film “Friendsgiving.” Nadya lives in Los Angeles where she works as a writer and actor and tours internationally as a comedian.