What the Funk?! An All POC Burlesque Tribute to Funk 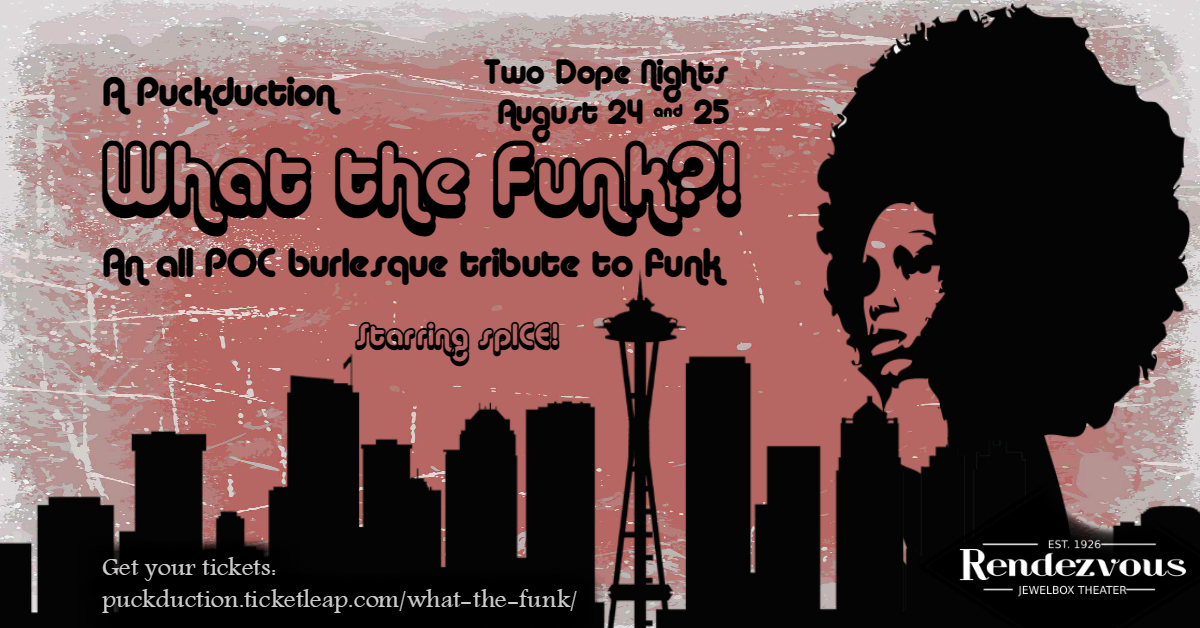 What the Funk?! is an all POC burlesque tribute show to funk music!

With headliner spICE! get ready to groove both Friday, August 24th and Saturday, August 25th as the cast changes up for each show.

Featuring performers of color from all over the Seattle as well as a surprise or two from up & down the PNW, What the Funk?! is a celebration of music & of color.

Night one hosted by Rebecca Mmm Davis & night two hosted by Café au Lait Olé at The Rendezvous in Belltown, join us as we get funk and lay down the boogie!