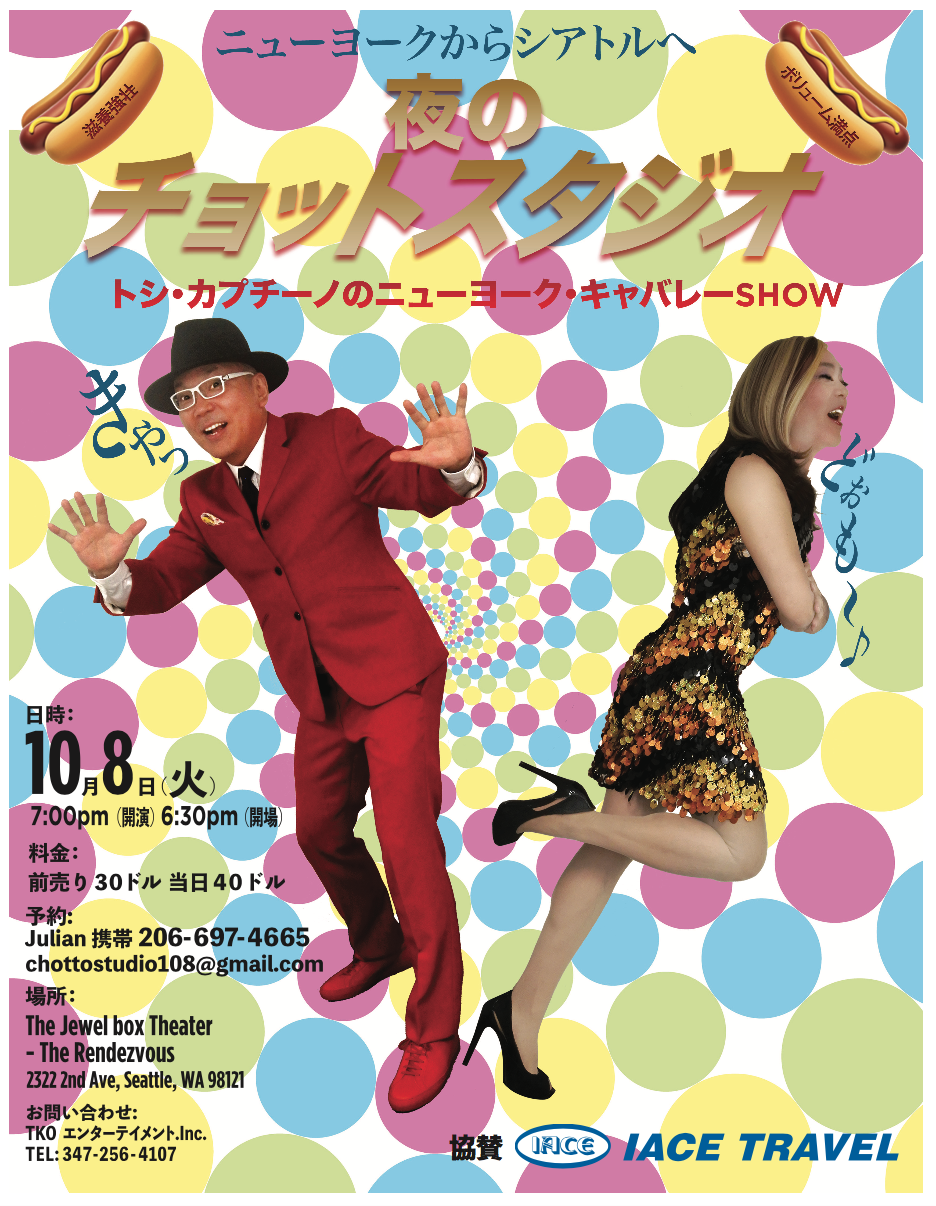 TKO Entertainment, Inc. proudly announces Toshi Cappuccino’s newest cabaret show. “夜のチョットスタジオ、The Golden Era of JPop: Kayo-kyoku from the 1980s.” His last show of 1970s J-Pop songs sold out in New York City and fans demanded a 1980’s sequel. In “The Golden era of JPop: Kayo-kyoku from the Showa 80s” he performs a selection sampling 50 Japanese pop hits of the 1980s including songs by Momoe Yamaguchi, Seiko Matsuda and etc, and as a special bonus he’ll sing a famous American pop hit as well. This show will be first time in Seattle and he’s very excited to make his Northwest US debut there.

This show is written, produced, directed and performed by Toshi Cappuccino. A native of Hakata, he is an entertainer, critic, producer, and TV personality. This performance will be in Japanese.