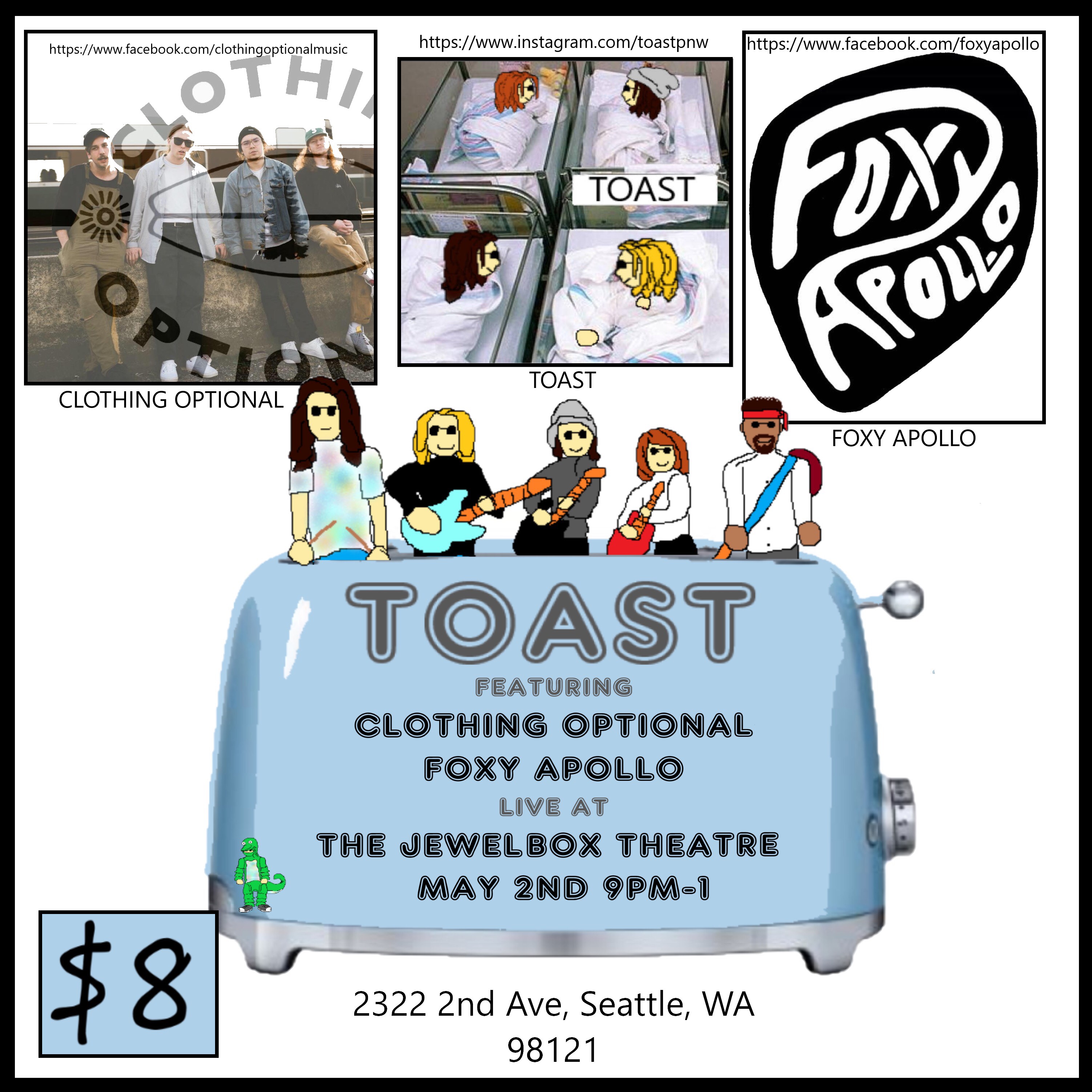 TOAST has a sound reminicent of the grunge era. A style of altenative rock that developed in Seatte. TOAST is the first modern grunge band to reemerge from the local scene. Not a throwback band at all. This band is at the forefront of an unpopularized, independent genre. Combining Psych Rock from the 60’s Hard Rock of the 70’s and definatley influenced by the pre and post Grunge movment of the 90’s.

https://www.facebook.com/foxyapollo/
Foxy Apollo is a Seattle based funky blues band that was created when blues guitarist ‘Sam Ashkenazy’, and jazz/soul drummer ‘Satchel Schwartz’ fused together in 2016. After having been out of touch since they were children, the two linked up together while playing in the jazz band at their school, and began making music together from there. They quickly started playing out in Seattle and began paving the road for their own personal route by connecting with a wider range of people through DIY shows and producing/releasing their own records themselves. Foxy Apollo’s bluesy, groovy, and funky rock sound is formed by the astounding influences in each member’s playing. As well, their live performances captivate everybody with their meticulous approach to playing. The ‘Foxy Apollo’ project aspires to create a foundation where people can be inspired and expressive in all shapes and forms no matter their history or background. Listening to Foxy Apollo’s music gives you a taste of the many emotions and stories that have come through the group, and is intended to give you the opportunity to go out and create yourself. Foxy Apollo is constantly working on recording new releases, after having put out their debut release Foxy Apollo – EP (2017), followed by their most recent release Tangie (2018).