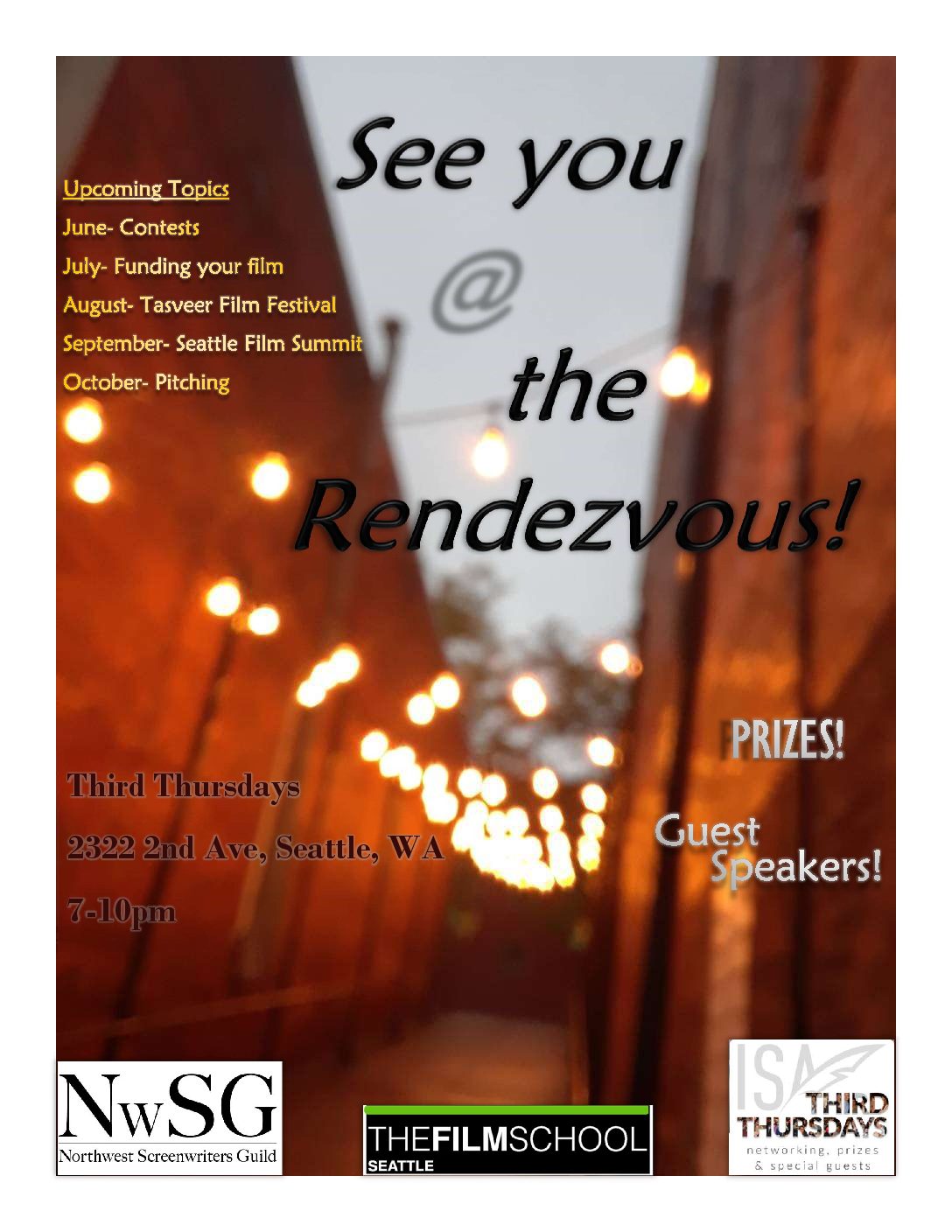 Join us for the LAUNCH OF ISA’s Third Thursdays – Seattle!

Come meet other local filmmakers and have a chance to win a door prize! Join us for this fun evening of socializing, and let’s build a community of screenwriters! This event is free and open to all. Producers, directors, actors and all other members of the film and television community are encouraged to attend. This event is sponsored by Your Script Produced!

DOOR PRIZES for the night include:

Plus $5 off entry fee from Cinequest for EVERY attendee!

Jeremy is an award-winning writer, director, and producer whose work spans commercial television, show development, and corporate communications. Currently his focus is on scripted drama series development. He’s worked as a producer and speechwriter in artificial intelligence, and spent 10 years in the advertising industry. Jeremy also serves as President of the Northwest Screenwriters Guild. When it’s time to unplug, Jeremy flees to the San Juan Islands for a little camping, and to realize the moment when his dog Indy finally tires of playing fetch before he does. Jeremy is also co-founder of Big Foot Script Challenge.

MEET YOUR HOST: Kristin Raven
Kristin completed the University of Washington Screenwriting Certificate Program in 2017. Since then, she has had scripts advance in both the Austin Film Festival and Final Draft screenwriting competitions.

She currently serves as the Vice-President and the Events Chair for the Northwest Screenwriters Guild, helping to foster the growing link between Hollywood and the screenwriting community in the Pacific Northwest.
In her free time, Kristin is often hiking through the beautiful trails of Washington or cheering on the Seahawks and the UW Huskies.

Your Script Produced! is a Worldwide Screenwriting Competition sponsored by Doval Bacall Films. The sponsor will fully fund, develop, package and produce the Grand Prize winning film script for $250,000.00 USD. Open to anyone 18 years old or older across the world.

Cinequest Voted Best Film Festival by USA Today Readers, the 2019 edition of Cinequest will do as much with Film & Technology as ever while expanding to include additional creative experiences such as virtual and augmented realities, fashion, writing, television, dance, art & design, a creativity summit, and more! Cinequest presents over 130 World and U.S. premiere films, groundbreaking innovations, virtual and augmented reality experiences–plus fashion, writing, dance, art, and design integrations. Picture The Possibilities by Cinequest holds its annual Creativity Summit during the Cinequest Film & Creativity Festival as well. Over 1,100 artists, innovators, and youth present from over 50 countries each year.

Scriptation Founded by a television writer and script coordinator, Scriptation is the #1 PDF annotation app for film and television professionals. It supports all common annotation types including highlights, drawings, notes, free text, images, sound recordings, and more. Combined with its proprietary note transferring algorithm, Transcription, which analyzes script changes and intelligently transfers a user’s annotations into each new draft, Scriptation is the only paperless solution built for the entire production crew.