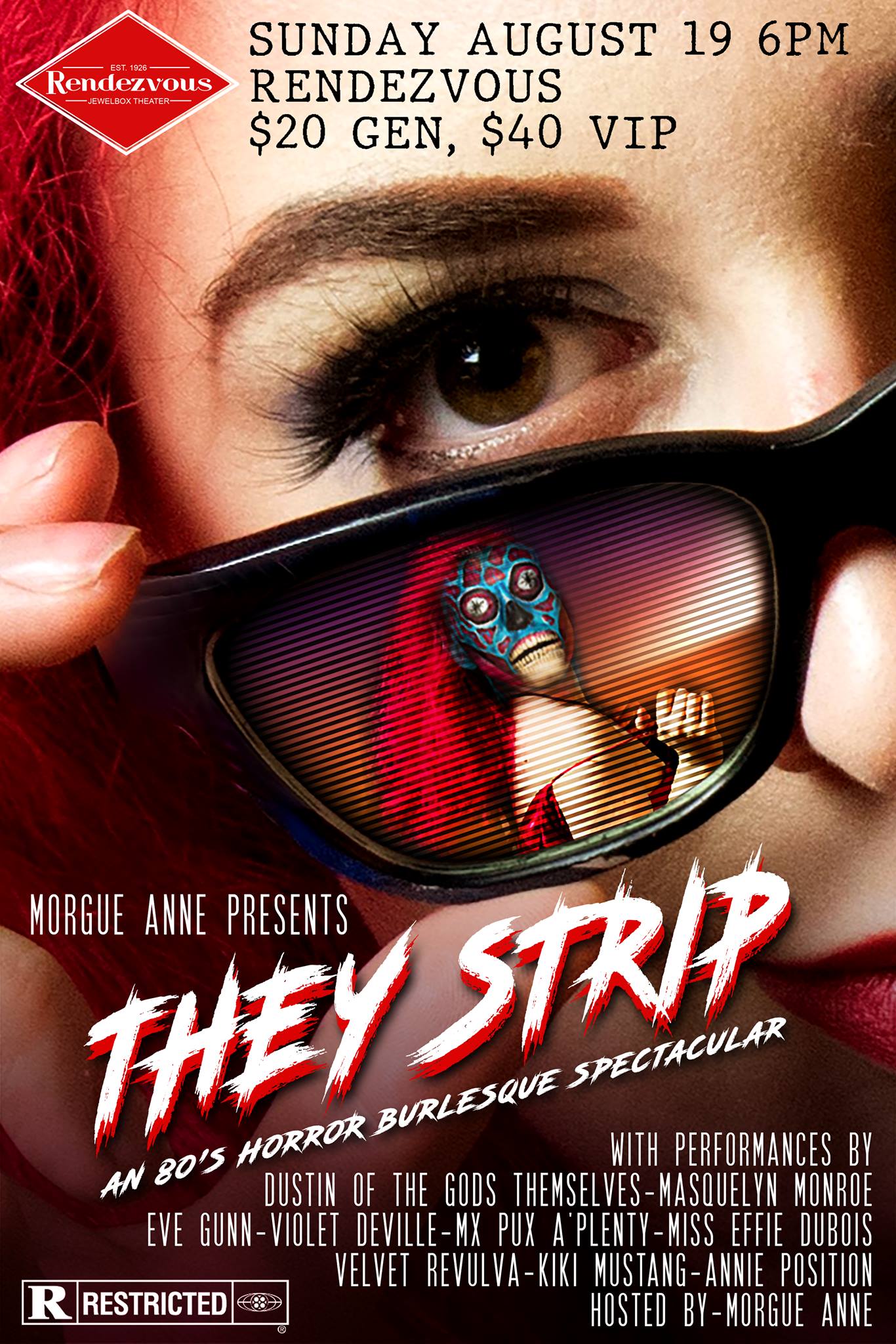 A cabaret celebration of 80’s horror.

A dark chill falls across the land this summer as an ancient vault is opened for the first time in almost 40 years…. Join Seattle’s Burlesque Super Villainess and Elected Gothic Royalty, Morgue Anne, as she unleashes terror like you’ve never seen in It Came From The Morgue: A Celebration of 80’s Horror!