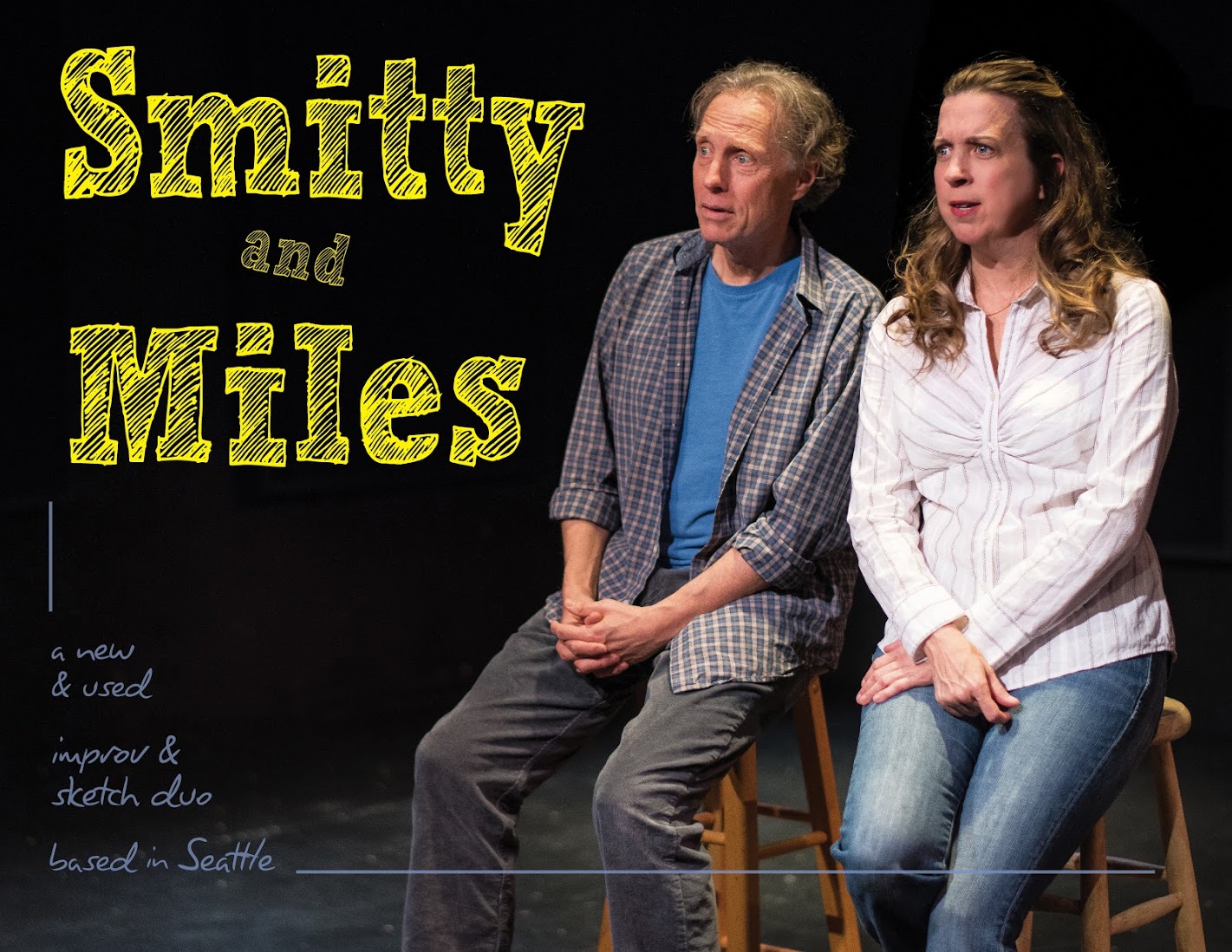 Please pay what you can at the door.

Matt Smith and Pattie Miles are SMITTY & MILES, a new and used improv duo will improvise a variety of complex and funny relationships on stage.

MATT SMITH is an actor, writer, improv and communication specialist, and auctioneer. His screen credits include My Last Year with the Nuns, Outsourced, Sleepless in Seattle, Spiderman, White Face, The Immaculate Conception of Little Dizzle, and KING TV’s Almost Live. Original solo plays include My Last Year with the Nuns, My Boat to Bainbridge, Helium, Beyond Kindness: A Childcare Guide, and All My Children. Matt was a founding member of both Stark/Raving Theatre (1988-95) with Edward Sampson, and Seattle Improv (1985-88) with Sampson & Roberta Maguire. He was artistic director of Seattle Theatre Sports in 1985. He is a partner with Cookus Interruptus, the popular web based cooking show where healthy meets funny. Matt is also an ambassador for Hanford Challenge, dedicated to the clean-up of The Hanford Nuclear Waste Site. He has taught improvisation at hundreds of companies and schools, to actors and non-actors.

PATTIE MILES is Co-Artistic Director of The Paradise Theatre School and Day Road Film Productions. She co-founded Pittsburgh’s Friday Night Improv and in Seattle has performed with Annex Improv and King’s Elephant Theatre. Pattie studied inprov with Del Close, Rebecca Stockley, and Matt Smith. She is a veteran participant as an actor, director, and playwright with Seattle’s 14/48 The World’s Quickest Theatre Festival and was awarded the festival’s prestigious Mazen award for “embodying the spirit of community and risk-taking inherent in our process”. She was twice on the panel for NPR’s Says You. Pattie was first seen on stage in Seattle in 1982 when she played Kipper the Minion in Beyond Ming or Rebellion of the Minions at The Empty Space.