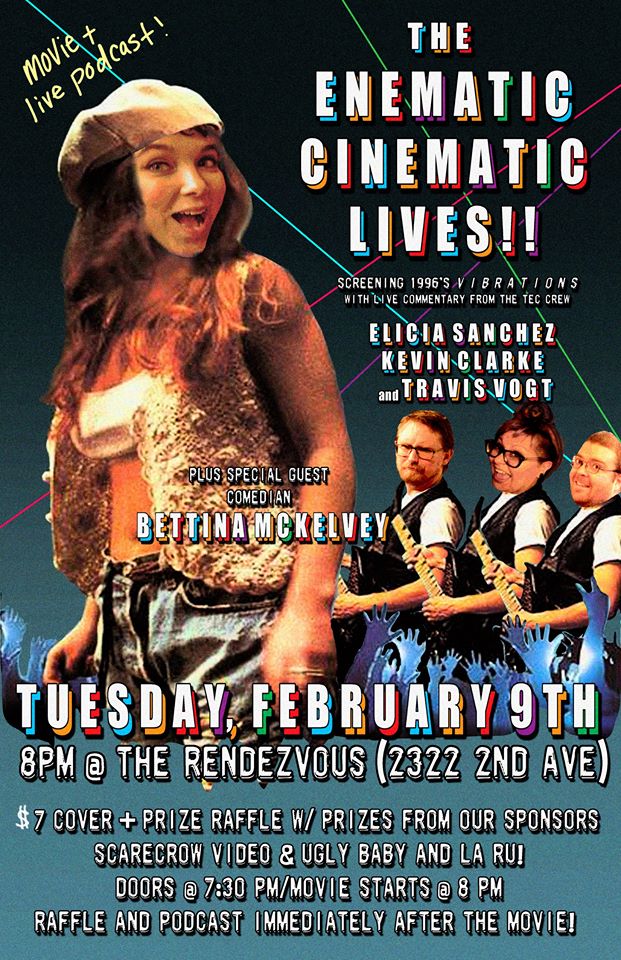 Love is in the air, Enemaniacs as the “most” “romantic” day of the year is nearly here! And what reminds you more of love and togetherness than raves and robots? That’s right, as a love letter to you, we present the most romantic film of 1996, VIBRATIONS! TJ (aka James from Twin Peaks) is a young musician who lost both of his hands in an unfortunate car full of violent drunk guys accident. Will a guy from Grey’s Anatomy build him robot hands so he can once again play music? Will Christina Applegate as rave organizer Anamika be able to show him how to love once again? Will he become a popular underground rave musician who dresses as a robot and calls himself Cyber Storm? Is VIBRATIONS quite possibly the most batshit crazy movie we’ve played yet?? You’ll have to come to the next TEC LIVES!! to find out!!

$7 cover gets you a raffle ticket good for our special prize packs from Scarecrow Video and Ugly Baby Shower Art!! Additional raffle tickets are just $1 for 5 tickets!!

Sponsored by Scarecrow Video and Ugly Baby and La Ru