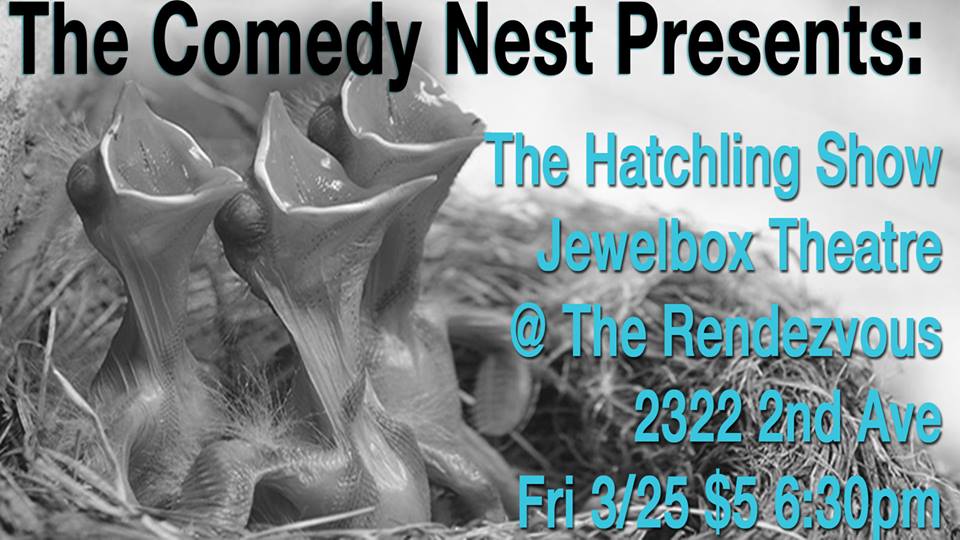 The Hatchling Show exists to showcase some of Seattle’s newest and greatest talents! These comics have bravely plunged into the beautiful and often terrifying world of stand up comedy, and we’ll be closing the night out with Comedy Nest veteran and one of Seattle’s best comedians, Rachel Walls! The Hatchling Show is presented by the Comedy Nest, so the material you’ll be watching comes with a hate-free guarantee. Come support local comedy and see where it all begins. You’ll be able to see these comedians before they make it big and say, “I knew them when..”!