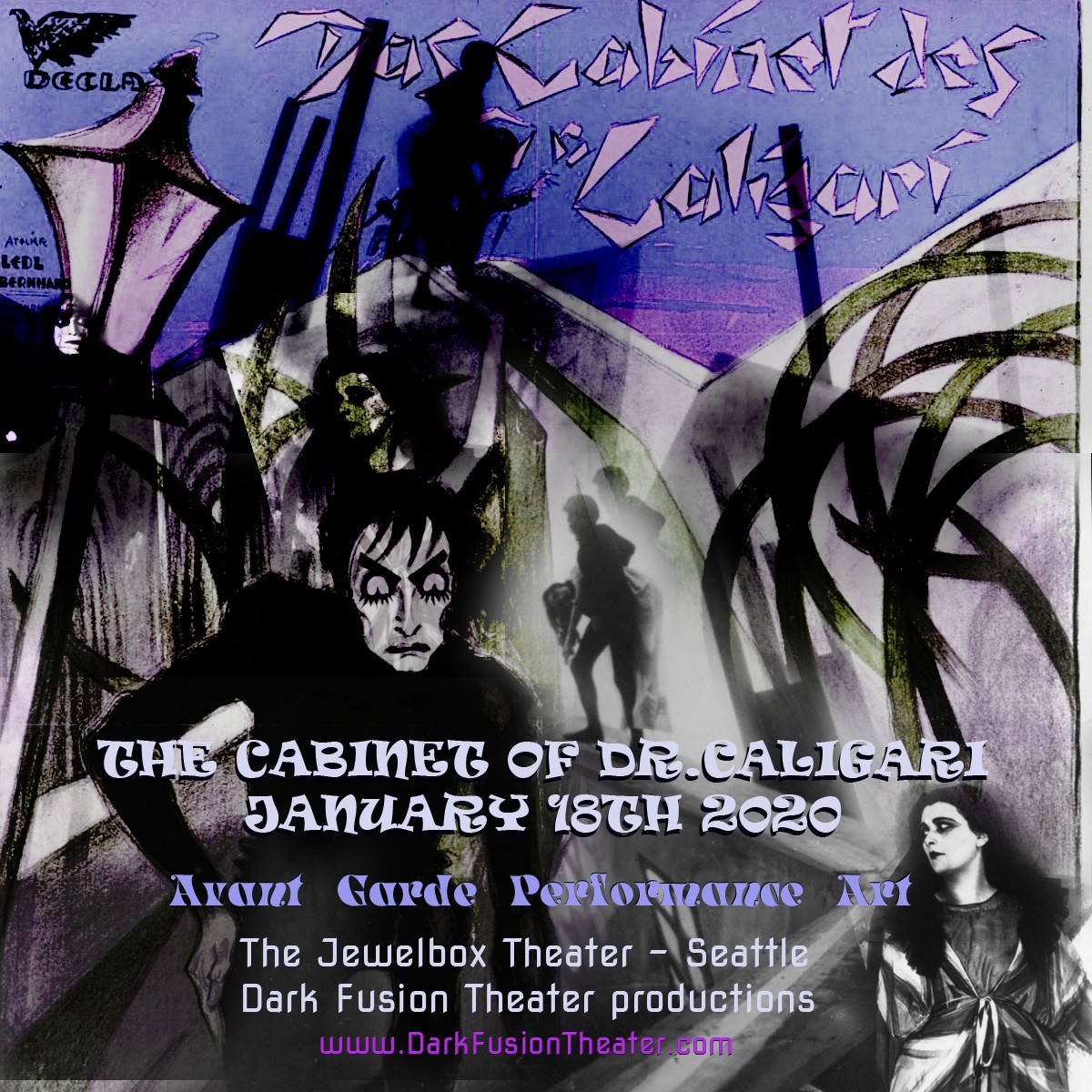 Join us for a glance into the realm of the Silent Film Era with an in-depth look into a real life
Cabinet of Dr. Caligari ~ ON STAGE !!!

Each Performer ranging from Somnambulist to your wildest imagination will be stepping through the cabinet from the other side and onto the stage in this realm for ONE NIGHT ONLY !!!

Our show begins with a 30 minutes set by a local musical guest TBA followed by two NEVER BEFORE SEEN acts of the Avant-Garde by Seattle and Portland’s hottest performance artists!

The Unexpected, The Bizarre and The Surreal await you within the Haunted Realms of the Jewelbox Theater, Seattle’s oldest independent underground theater (opened during the silent film era 1927) and listed in Seattle’s most haunted places!
Won’t you join us?

The Jewelbox Theater is located inside the Rendezvous with a full dinner menu! If you are lucky enough to snag one of our VIP tables you may order dinner, hors d’oeuvres and drinks!

General Seating “The Carnival” may also order drinks.
This is a small intimate theatre and not a bad seat in the house!

VIP FRONT ROW “The Insane Asylum” – Bring your date and sit next to the stage with your own personal table of VIP goodies with an unobstructed close up view of all the shenanigans!

VIP COUCH SEATING “The Padded Room” – Like to be incognito and comfortable yet have an amazing view of the stage? You will want our comfy couches in the back with a table big enough to order a full course meal! Bring the party with you!

GENERAL SEATING “The Carnival” – Not a bad seat in the house and you may order drinks!