Strip Alone Complex: A burlesque tribute to the music of Yoko Kanno! 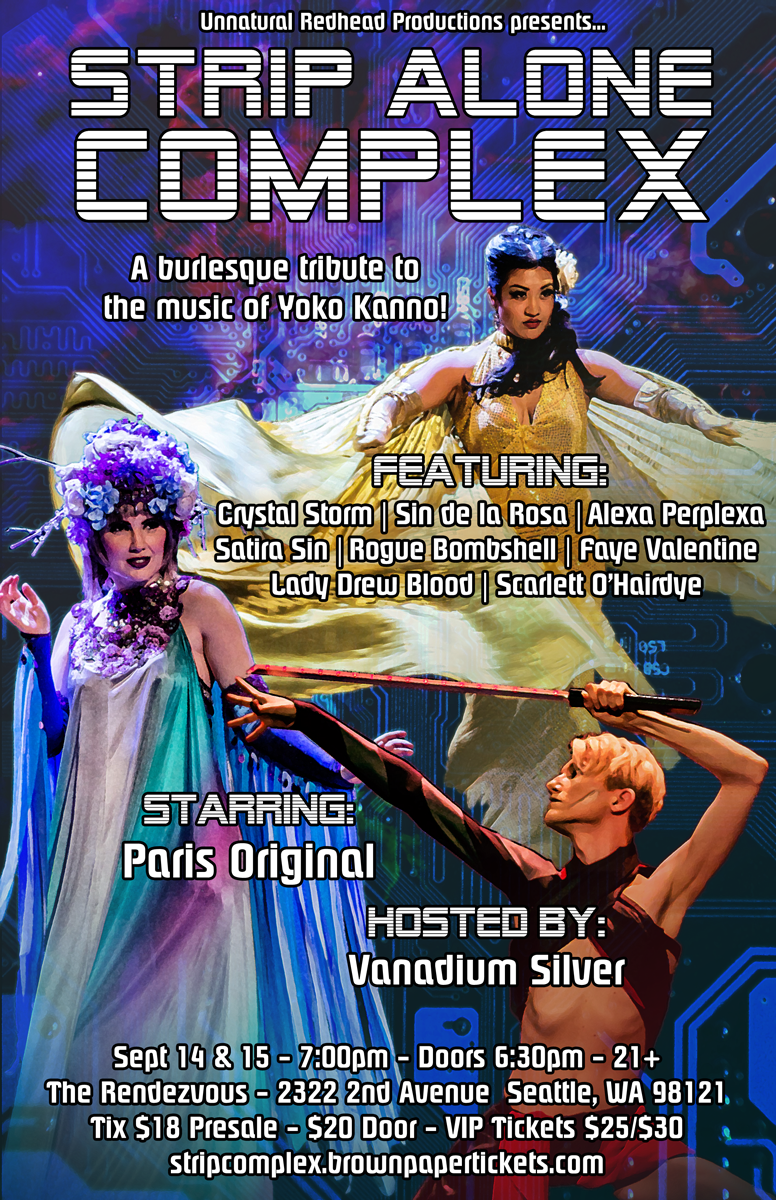 I think it’s time we blow this scene

Get everybody and their stuff together.

Listen there, on the radio! It’s a jazz band! It’s a techno artist! It’s a classical composer! It’s all three, born from the brain of one woman! Yoko Kanno is one of Japan’s most creative, prolific, and distinctive composers. While she’s most well-known for her soundtrack to the anime Cowboy Bebop, she also scored Ghost in the Shell: Stand Alone Complex, Vision of Escaflowne, and Macross Plus, to say nothing of her many standalone works. After a sold-out run in 2016, Strip Alone Complex: A burlesque tribute to the music of Yoko Kanno! returns to the stage for two more shows that celebrate the depth and breadth of Yoko Kanno’s work and the inspiration striptease artists find in it. Cyberpunk! Classic! Slow burn striptease! Drag! Some cool shit with a sword! Strip Alone Complex brings all this and more to the Rendezvous Jewelbox Theater, where you can have a beverage and a snack brought directly to you in your seat!

Our featured headliner, with an act performed at the Burlesque Hall of Fame Weekend, is Poetry in Motion: Paris Original!