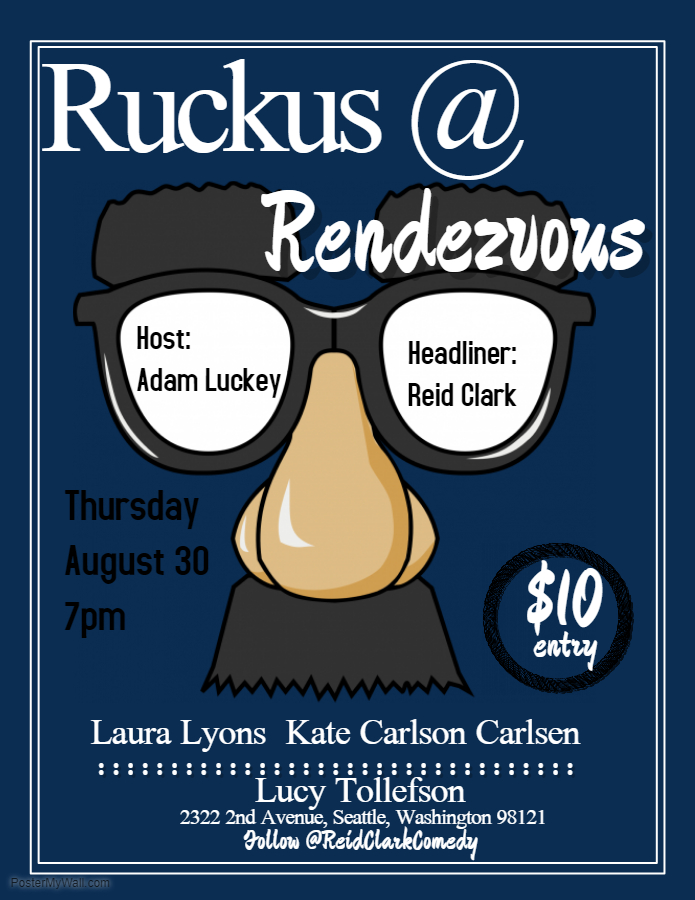 Reid Clark gave up his right testicle for comedy. Literally. His comedy has been described as dark, blue, and political, with elements of musicality and improvisation. In six years as a stand up comedian he has worked with Tone Bell, Andy Haynes, and Fortune Feimster and many more. Reid also has improv, sketch and writing experience. Reid has been seen on Netflix and NBCU’s Discovery ID. Reid has been in the Cape Fear Comedy Festival, a three time finalist in Port City’s Top Comic and a finalist Funniest In South Texas Comedy Competition at Laugh Out Loud Comedy Club in San Antonio. Reid recently was a part of the Laugh Your Asheville Off Comedy Festival. He is the season 5 winner of Comics Watching Comics soon to be on Amazon. Reid currently resides in Washington D.C but he used to live in Seattle where he perfomed at Comedy Underground, Laughs, Parlor Live, Jai Thai and The Rendezvous. Join him and some of his friends as he makes his way across the country.