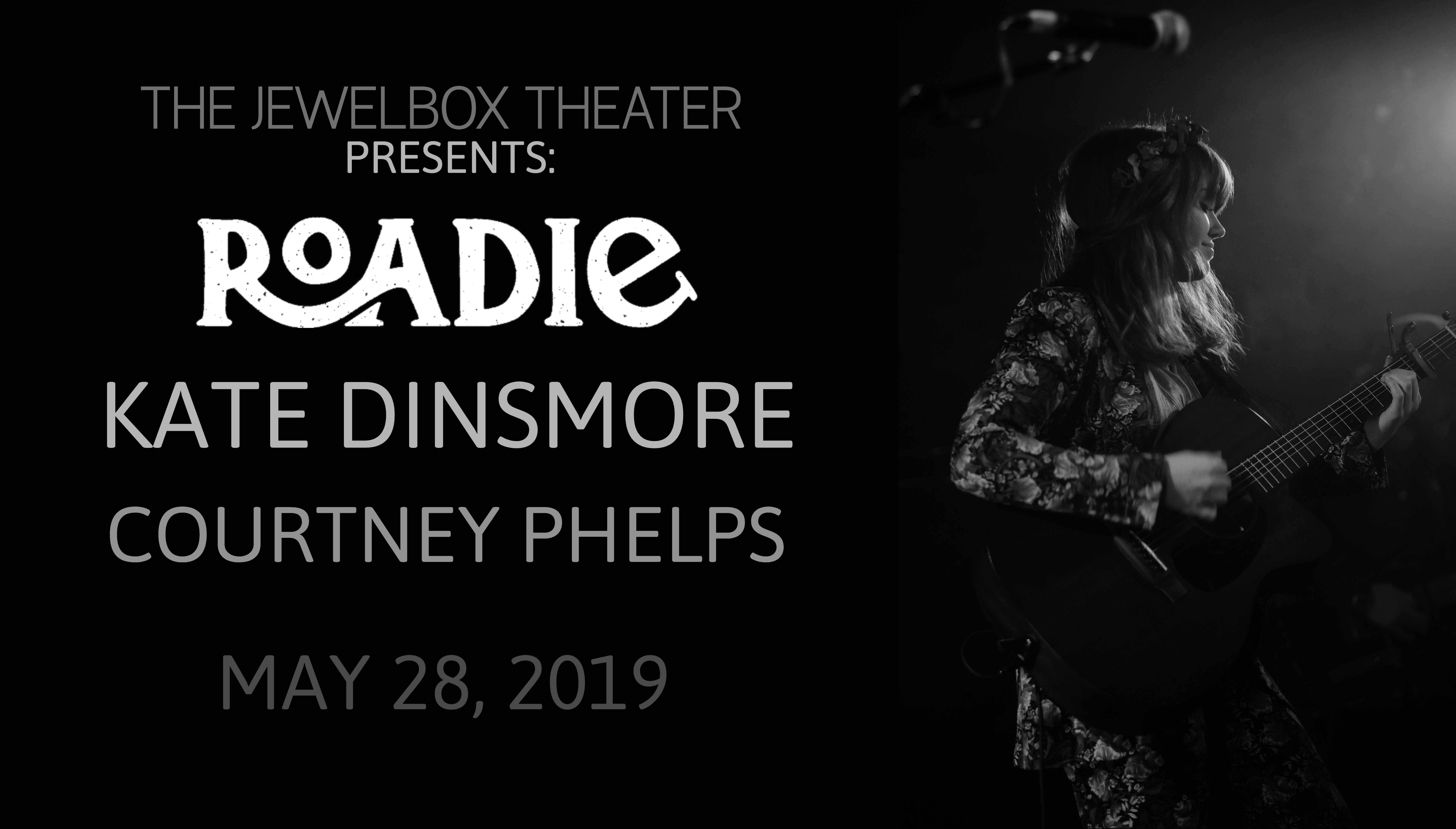 Touring Americana-Soul band Roadie will be playing a set with Seattle locals Kate Dinsmore and Courtney Phelps during a power-packed night at the Jewelbox Theater!

Incorporating her Southern roots with a folk-rock sound, singer-songwriter Roadie has performed at a variety of Utah venues alongside some impressive local talent, including Timmy the Teeth, Ben Reneer, and Josh Snider & the Attic Kids. With a warm, soulful voice and acoustic guitar, the project has taken on a old school jam sound since she was joined by her all-star band. Roadie has taken writing inspiration from artists such as Ray LaMontagne, Laura Marling, George Ezra, and the Staves. Her self-titled EP was recently released, which can be found on all platforms.