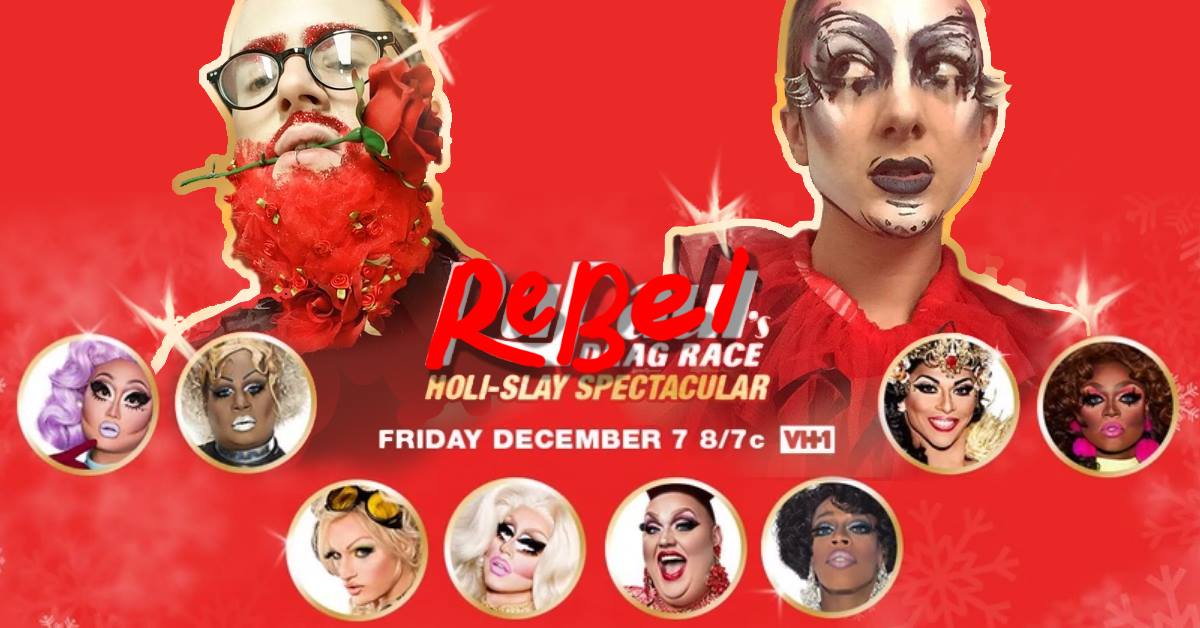 ALL GENDERS, START YOUR ENGINES – AND MAY THE BEST HUMAN…WIN!

For the first time ever, Drag Race is getting festive with a one-episode holiday special – join hosts Mercury Divine and Arrhythmio at the Rendezvous for Seattle’s ONLY specifically non-binary/trans/queer/female-inclusive Drag Race viewing party! Watch these queens SLEIGH as they get into the holiday spirit and compete for the title of Ultimate Christmas Queen!

Come dressed to ~SLEIGH~ for a chance to win FREE STUFF! (Psst: that means be festive and fierce!)