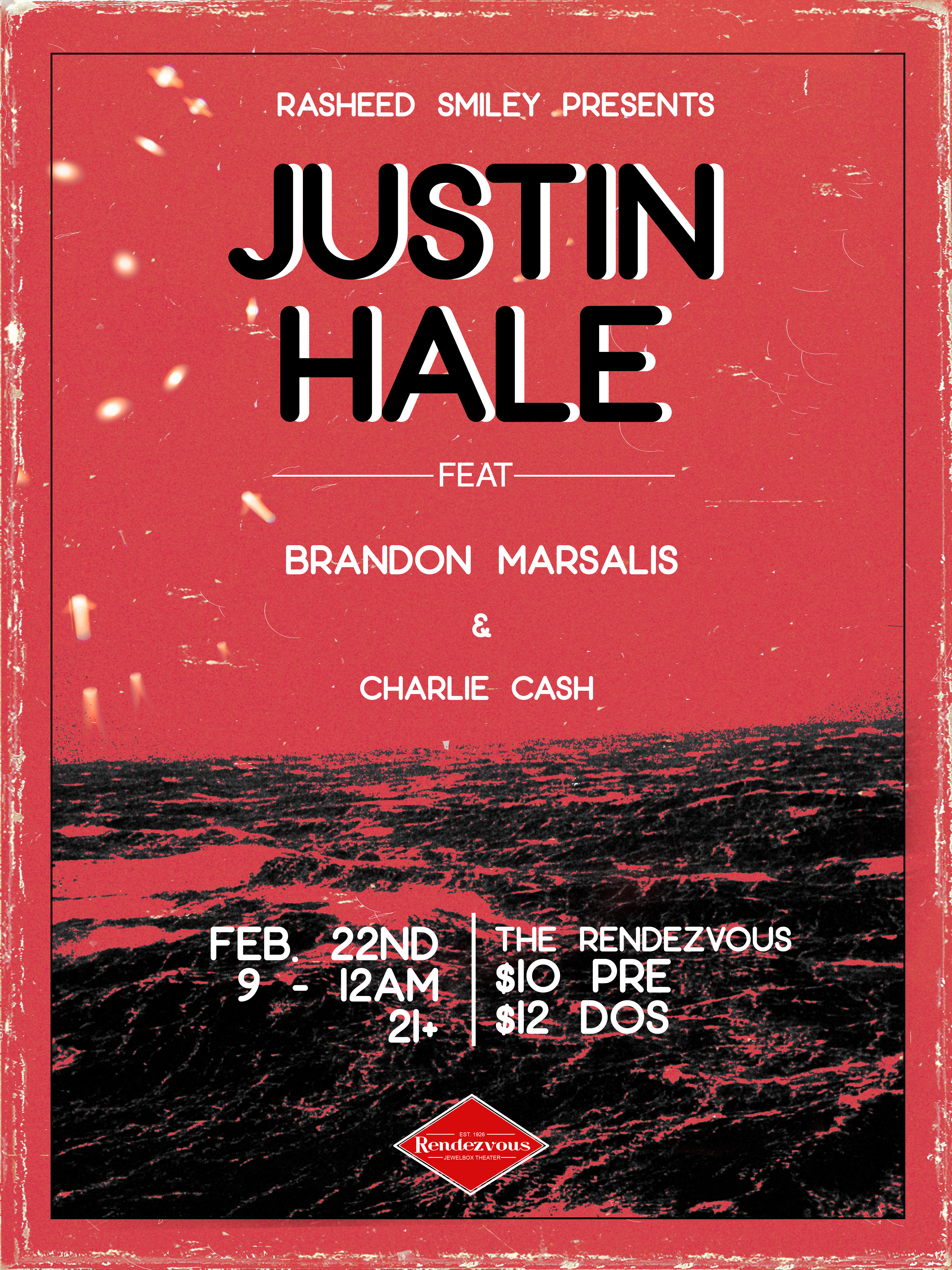 Join us for a stellar night of hip-hop and R&B at the Rendezvous, with a star-studded cast of local talent!!

Justin Hale is a 24yr. developing artist in the United States. Justin is originally from Riverside, CA. and is currently located in Seattle, WA. His music can be described as Hip-Hop/Modern R&B. Some similar artists include: Drake, PartyNextDoor, Bryson Tiller, Travis Scott, etc. His Projects include “4 Her” his debut EP released fall 17′, the singles Hollywood & Shade from the debut album “No Love In LA” slated to release in the coming years, the summer 18′ EP “500 Days”, and the winter 18’ EP “Rain City”. You can find his music on all major streaming platforms to include (Apple Music, Tidal, Spotify, Etc.) Justin has also released a slew of music videos that can be found on his youtube channel “Justin Hale”