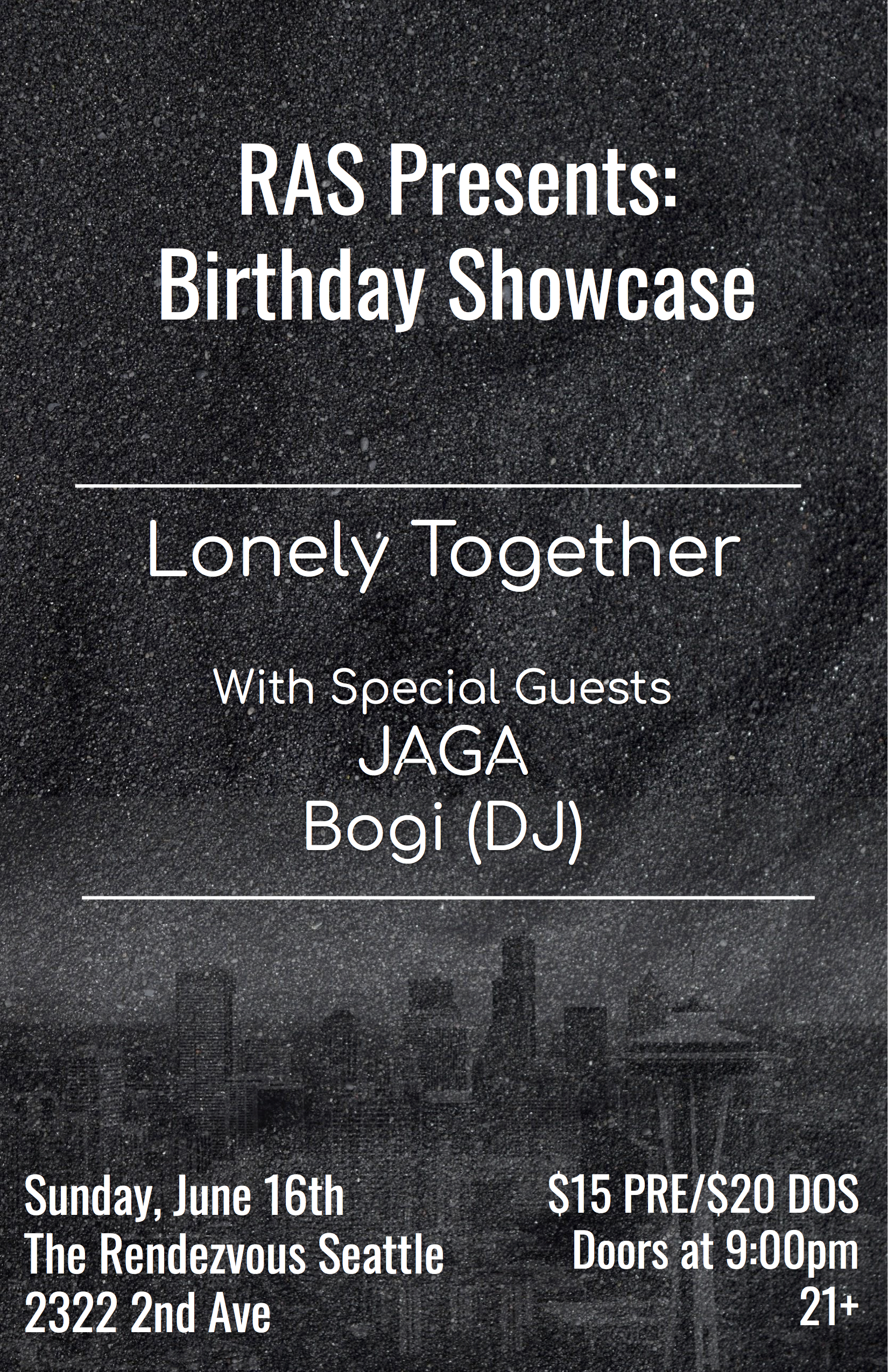 We celebrating the birthday of RAS Presents’ founder, Rasheed Smiley, by throwing a filllllthy ass show at the Rendezvous! Come celebrate with us and enjoy some great music!

Lonely Together is a hip-hop/electronic music band based out of Bellingham, Washington made up of members ZAK and Rosie. Both 27 years old, the duo met at Western Washington University and officially formed as a band in early 2018. They just released their debut EP Neverlost, and have a lot in ZAK music and other content coming all 2019.
Lonelytogethermusic.com

JAGA is a singer, rapper, and producer based out of Seattle, though his roots are in Kitsap County, WA. His music pulls ideas from alternative music of the ’00s and popular music of today, resulting in a melody-heavy brand of hip hop that dances between playful and poignant. Starting as a regular collaborator with Seattle jazz-hop staple Cosmos in 2016, he released his solo debut /.wavpool/ in 2018, and saw his first label placement in 2019 with a feature on Rhymesayers artist Grieves’ single “I’ll Be Better”. Watch for new music from JAGA coming Spring 2019.