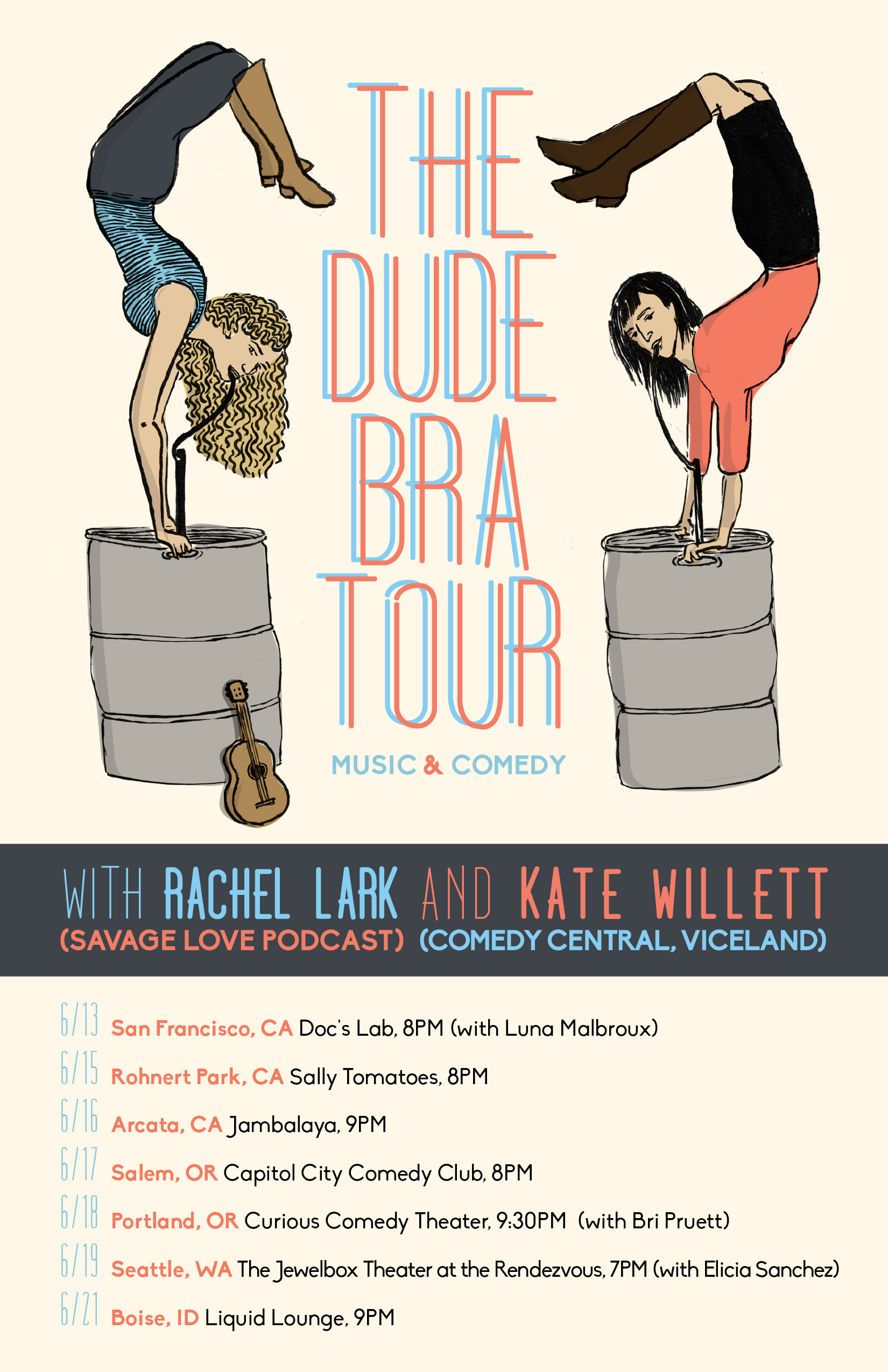 Kate Willett has been featured on Comedy Central’s “This Is Not Happening,” Viceland’s “Flophouse” and is a regular opener for Margaret Cho who she’s toured with nationally and internationally. You might have seen her on Fusion TV or heard her on the Risk! podcast with Kevin Allison. She’s was named a top “Artist to Watch in 2016” by SF Weekly, has opened for comedians like Kyle Kinane, Jen Kirkman, Anthony Jeselnik, Dana Gould, Jackie Kashian, Myq Kaplan, and Michael Che. She’s appeared in the 2015 Just for Laughs Montreal Comedy Festival, Limestone Comedy Festival, and San Francisco Sketchfest (3 years in a row). She’s a regular feature at comedy clubs all over the country and a favorite of audience members, flannel clad skateboarders, and all of her twenty-three roommates. Katewillett.com

An up-and-coming San Francisco artist with a die-hard cult following, Rachel Lark has quickly become the musical muse of the sex-positive revolution. Her music has been featured on The Savage Lovecast, and she performs at frequent San Francisco counterculture haunts like Bawdy Storytelling and Tourette’s Without Regrets.

Her music is always lyrically based with a strong foundation of passionate songwriting, while the timbres vary depending on the performance. Sometimes she’s bantering with the crowd over some ukulele plucking, and at other times she’ll be behind her laptop and synthesizers creating dance beats to accompany her layered vocal harmonies.

In 2014 she released her debut EP, “I Wouldn’t Worry” followed by her first full-length album, “Lark After Dark,” and her Christmas album “Hung For The Holidays.” In 2015 she successfully funded a music video and new album through a Kickstarter campaign and is set to release both her new album, “Vagenius” and her new music video for Warm, Bloody, and Tender in August 2015. rachellark.com