People You Don’t Know Do Stand Up Comedy 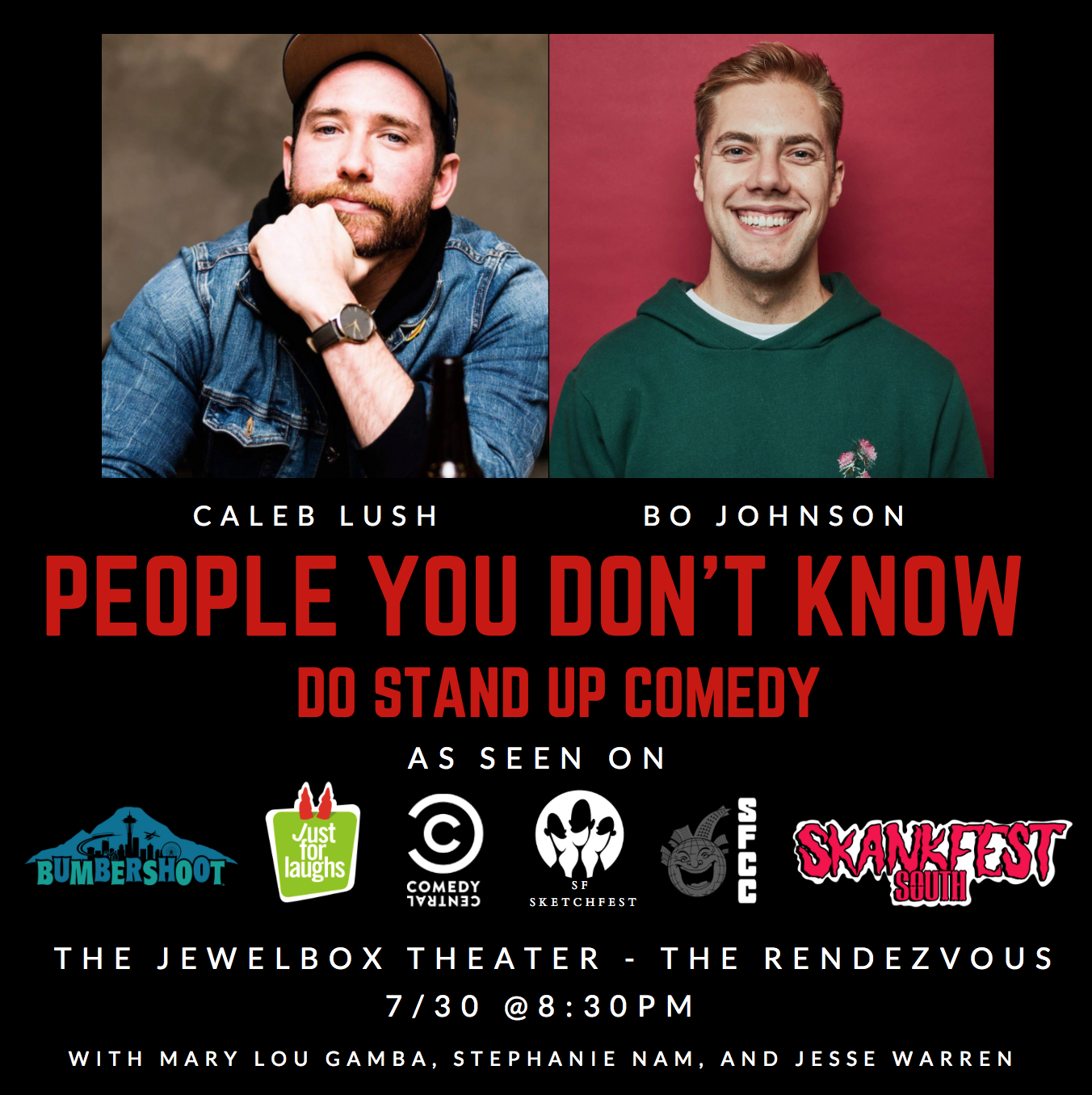 Caleb Lush started his career in improv, but he’s really funny. He loves improvising during his stand-up, which makes it fun for his audiences, no matter how many times you see him. He begrudgingly lives in Sacramento and travels all over the country for comedy.