People You Don’t Know Do Stand Up Comedy: Home for the Holiday Show 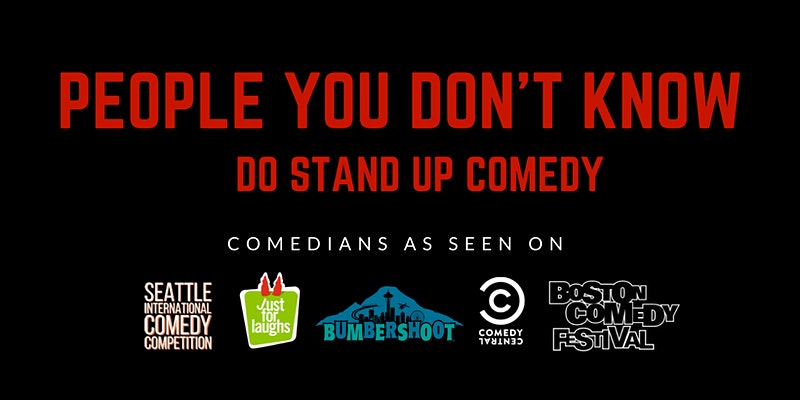 Devin Field is an improviser, writer and stand-up comedian originally from Seattle. His stand up has recently been featured on The UCB Show and Adam Devine’s House Party. Devin is currently a writer for Jimmy Kimmel Live, with previous writing credits including Workaholics and Billy On The Street. Devin can currently be seen on Harold Night as a member of Yeti.

Nate Jackson is currently recurring on the upcoming NBC series THE YOUNG ROCK. He has appeared on Nick Cannon Presents Wild’N Out (MTV), All Def Comedy (HBO), Kevin Hart’s Hart of the City (Comedy Central), Off The Chain (Bounce TV), Comic View (BET), and Laff Mobb’s Laff Tracks (TruTV). In 2019 Nate was named to the Time Out LA Top 10 Comedians to Watch List. In 2018 Nate recorded a set for Kevin Hart’s LOL Live in Montreal at the Just For Laughs Comedy Festival. In 2017 he was a writer for Leslie Jones at the BET awards and just finished working as a consulting producer for the upcoming season of Wild’N Out. Nate preforms all over the country and can also be heard on his podcast “The Nate Jackson radio show” or as a regular guest on “Corey Holcomb’s 5150 podcast”.

Arijana Ramic is a charming, but devious, standup comedian and writer making a name for herself in Seattle, WA. It’s hard to tell who she hates more: herself or other people, as she darkly navigates topics like growing up with immigrant parents, identifying as Type A, and sadness, all with smile on her face. Arijana regularly features in her home base of Seattle and has opened for the likes of Jak Knight, Jenny Zigrino, and Jesus Trejo. in 2019 she competed in the Seattle International Comedy Competition. You may have read her satirical musings on sites like Flexx Mag, Slackjaw, and Little Old Lady Comedy or seen her sketches on the Aisha and Arijana Facebook page. Her mother has said of her work “I don’t like how vulgar you are onstage”.