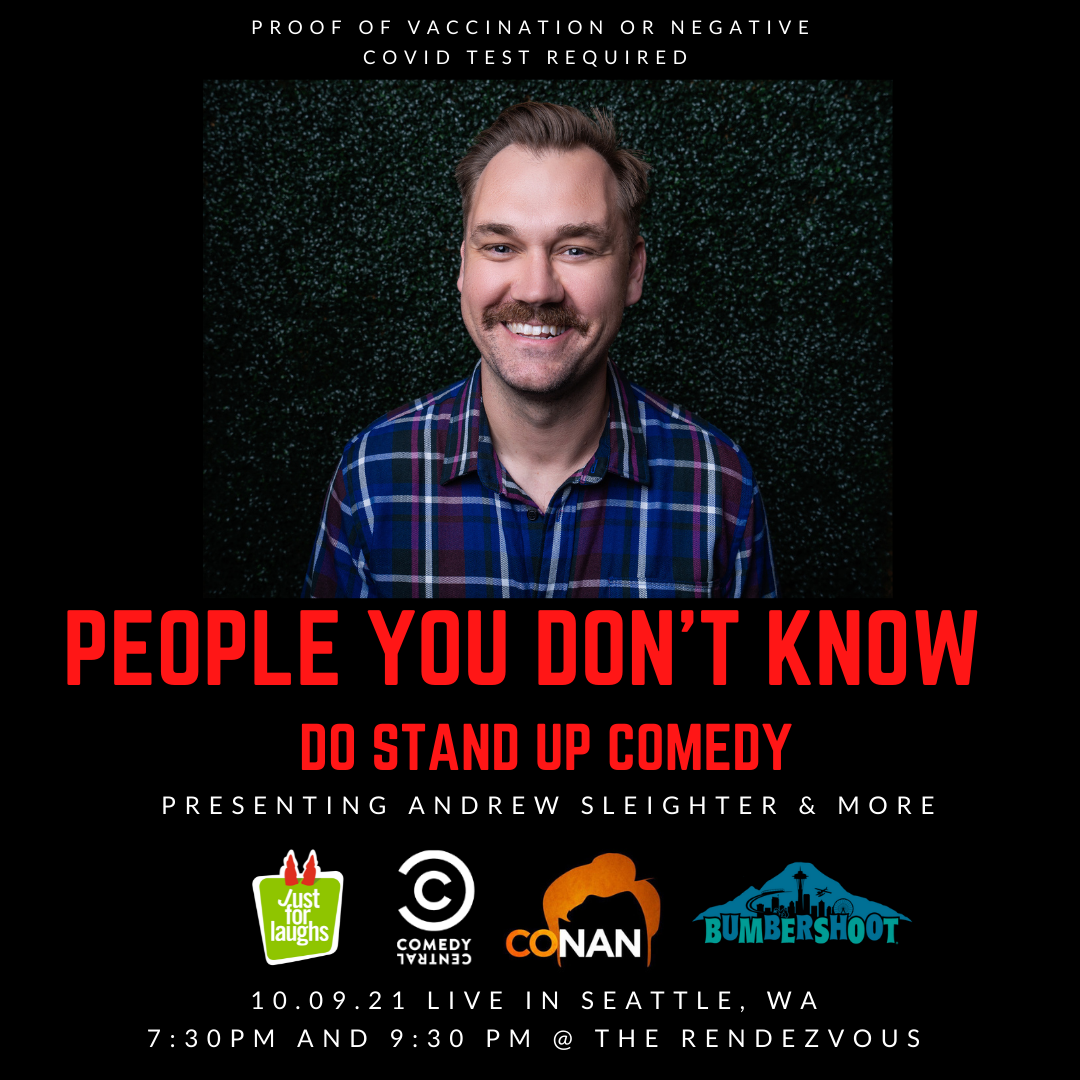 Proof of full vaccination or negative covid test within 48 hours required for entry.

Andrew Sleighter started in comedy looking for the perfect funny line to open a biography. Since then, Andrew’s laid-back style and clever writing has won him appreciation from fans and respect from his peers.

Andrew performed on Last Comic Standing, recorded a comedy special for Dry Bar and made his late-night stand-up debut on Conan. He’s also written and performed sketch comedy for Comedy Central and wrote and blogged for the Sports Show with Norm Macdonald on Comedy Central.

A regular at colleges and comedy clubs across the country, Andrew’s also performed at some of the most prestigious comedy festivals in and out of the country including Bumbershoot, Bridgetown, Gilda’s Laugh Fest, The Aspen Comedy Festival, Laughing Skull, and the Johnny Carson Great American Comedy Festival.

Andrew’s comedy has the ability to reach wide ranges of audiences and works in a diversity of rooms. Reliable and consistent, he rarely ends a show by lighting the stage on fire out of rage. Most importantly, he’s constantly fascinated by and eager to keep learning about stand-up