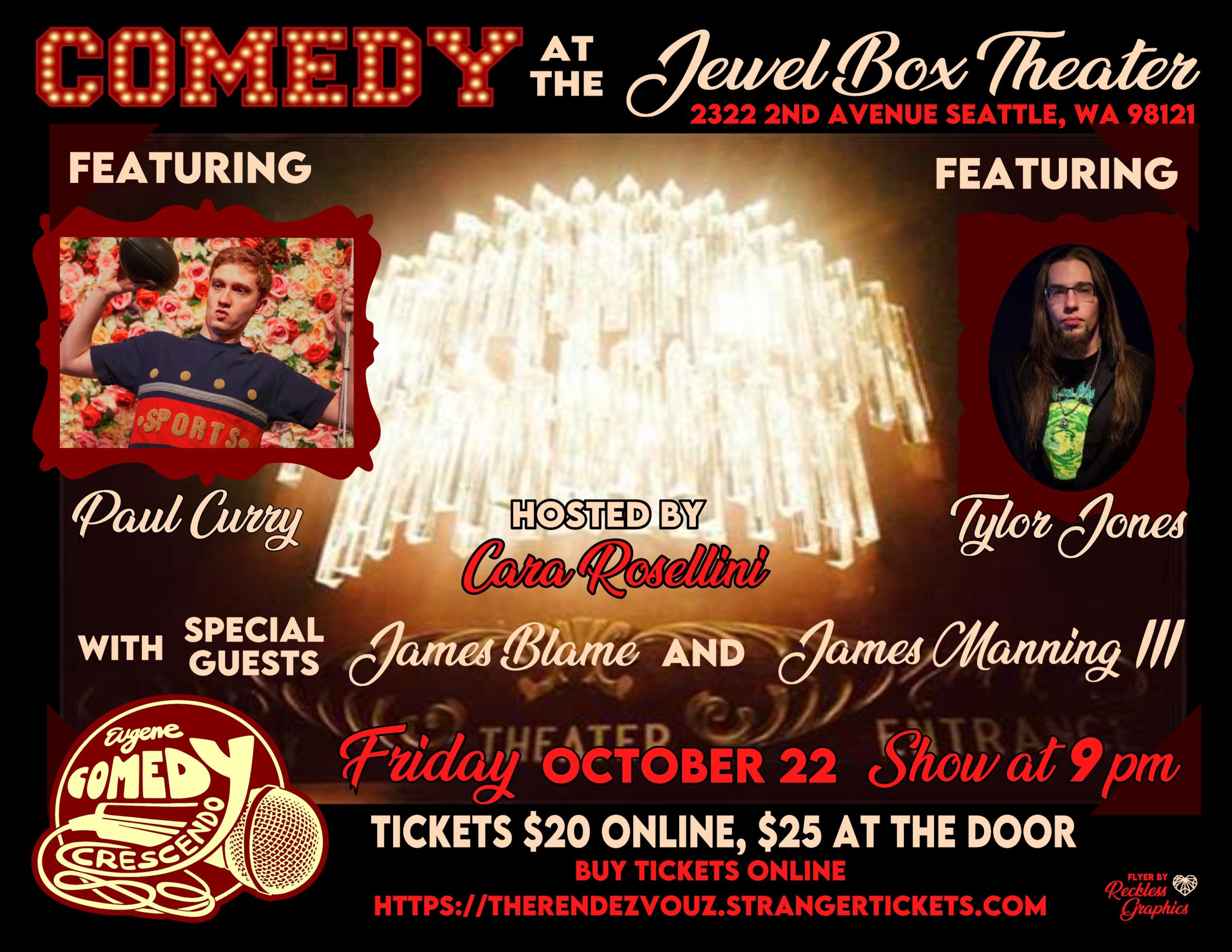 Join us for evening of stand up comedy featuring premium NW comics!

Paul Curry is a gay, hilarious, red-headed comedy boy who lives and breathes in Seattle. Paul runs and produces a live dungeons and dragons comedy show and also runs shows three nights a week at Jai Thai in Capitol Hill. Paul has featured at Bumbershoot and had the honor of being in Forbes top 100 randomly selected people.

Tylor Jones is a Eugene Oregon Based comic. Winner of the 2019 Greenhill Laff Off competition, producer of the Wednesday night “Fight Mic” Comedy Show. Tylor brings his unique brand of comic hilarity to the stage. Tylor is a must see performer, don’t miss it!