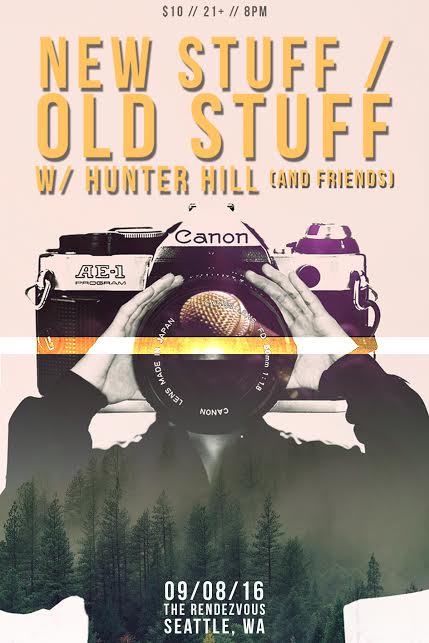 Hunter Hill is a story telling comic based in Los Angeles, who is making a one night stop in Seattle to run a 40-minute, hilariously honest set, joined by friends of the PNW, and a couple surprises. Please buy tickets in advance and help get the word out about our little show that could. Lets be honest, you were going to be totally checked out at work on Friday anyway.

Hunter was raised a young orphan girl in the rough-and-tumble streets of New York.

Hunter Hill is an storytelling comic from Los Angeles. After tiring of the extravagant and, frankly, far-too-pampered lifestyle as a waiter at Red Robin, Hill decided to pursue something with merit. Something with class. Something with integrity: Stand-up comedy.

One year into his pursuit of stand up comedy Hunter Hill is the created Super Secret Comedy Show, a raw, underground comedy show in Los Angeles. The show was started as an attempt to create stage time for himself and quickly turned into one of LA’s most sought after comedy stages. Now, 3 years later, Hunter has been fortunate enough to share the stage with comedy legends including Louis C.K., Arsenio Hall, Bill Burr, Sarah Silverman, Damon Wayans, Dane Cook, Hannibal Buress, John Mulaney, and more!

Currently being followed by a film crew documenting the underground comedy scene of Los Angeles, Hunter Hill can be seen regularly at The Comedy Store, The Improv and The Lyric in Los Angeles, and performing internationally and around the country.