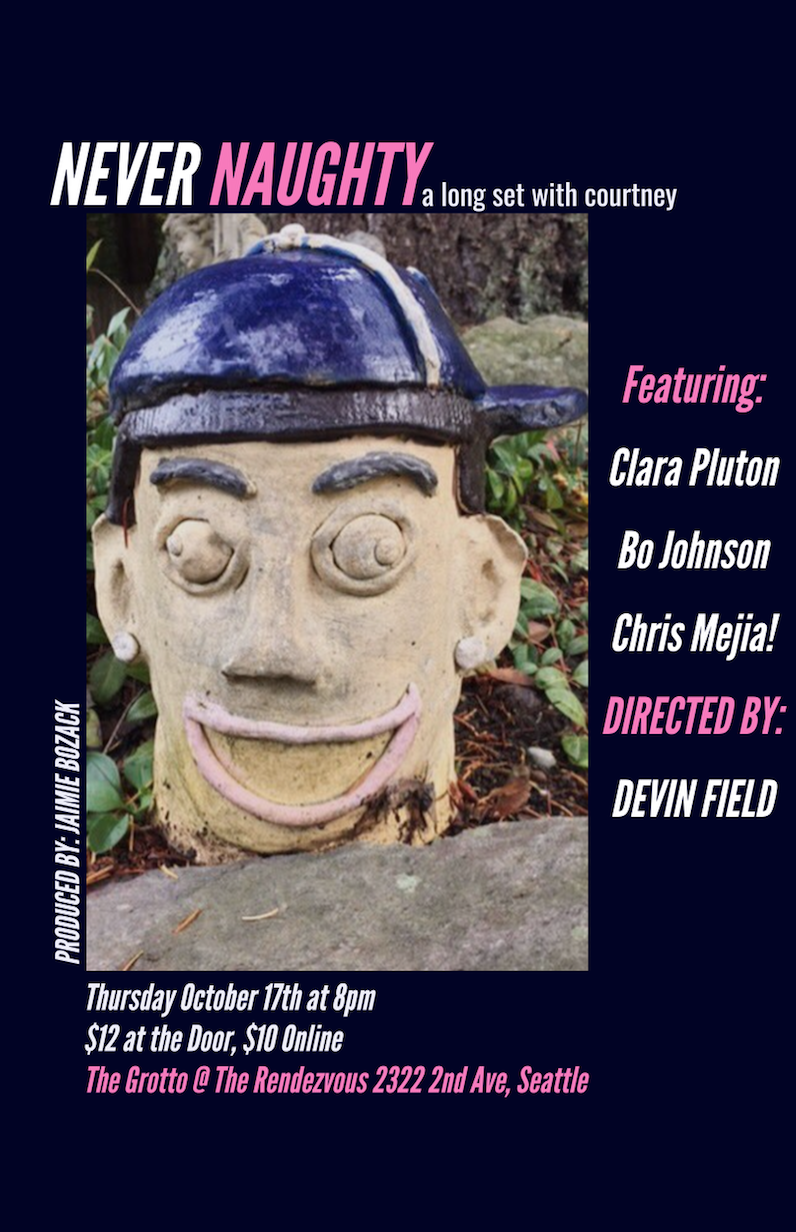 In this 45-minute show, comedian and actress Courtney Karwal combines standup with an examination of her high school diary. Named Sammamish High’s 2007 “never naughty,” she reflects on all of her wholesome goals, and takes stock of her attempts to shed her good girl image in the past 10 years.

She’s preformed at the Kennedy Center, Bumbershoot, and was named a comic to watch at Riot LA comedy festival. You can see her in the short fillm Homer.