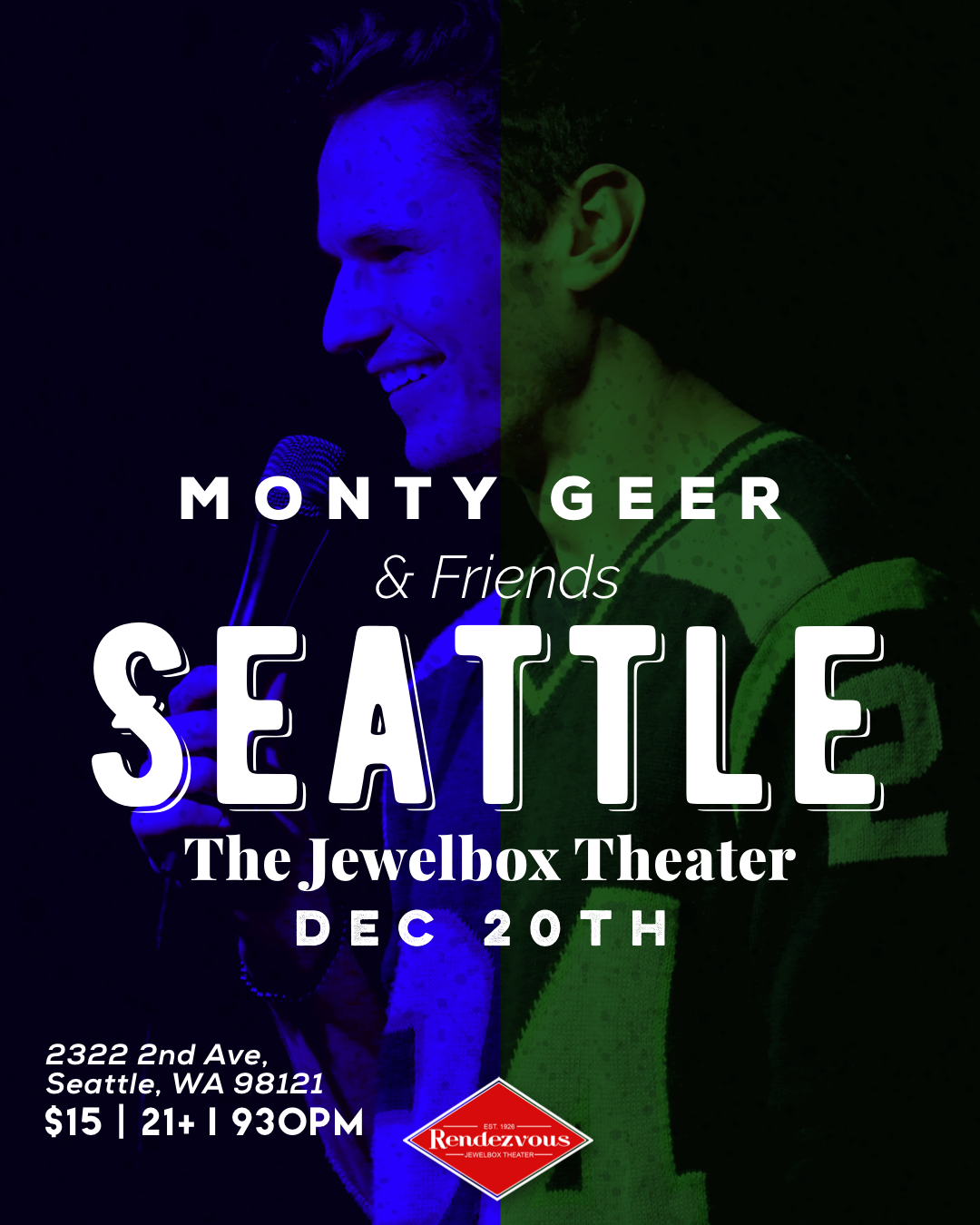 Headliner, Monty Geer might be best known as Cole from the award-winning MTV show: Awkward, but he has way more under his belt than that. From writing jokes on Late Night with Jimmy Fallon, Comedy Central Roasts, College Humor, selling his own TV show, being hilarious on Adam Ruins Everything and 15 national commercials, including 10 where he’s the comedic duo with Jon Hamm. Monty is currently touring the nation in clubs and colleges and competing in Stand Up Festivals including: Gilda’s LaughFest, Dallas Comedy Festival and Oak City Comedy Festival. Join him and his Seattle comedian friends in a show you won’t want to miss!