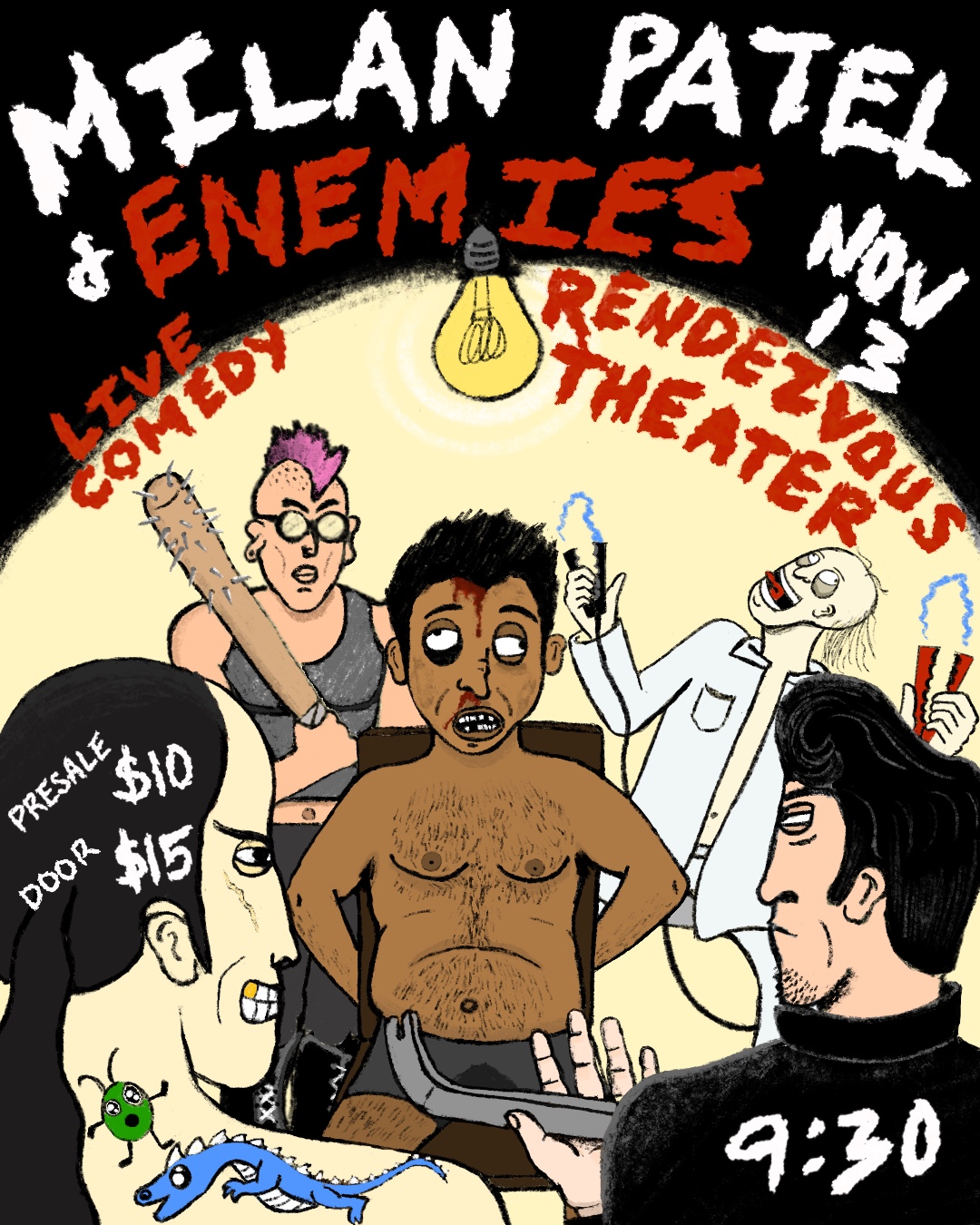 LA Comedian Milan Patel is coming to Seattle to absolutely DESTROY the Rendezvous Jewel Box theater in an epic battle royale with his closest enemies.

Many comedians choose to do a show with their friends. But Milan likes to keep his enemies closer. There’s a lot of people who he’s screwed over, owes money to, etc. Let’s just say there’s a lot of shady characters out there who want him dead….ok not really….

Milan Patel is a comedian from Vancouver, WA. He’s performed stand up for almost 10 living in Seattle, Portland, and LA. Over this time he’s developed quite a few enemies. He runs a monthly show in LA called STACKS which showcases the best comedians in LA along with art/animated shorts. He’s performed on Bumbershoot, the Bridgetown Comedy Festival, and most recently headlined the Siren Theater in Portland.

Jesse Villacis is an LA comedian/animator from Everett, WA. He was a producer of one of Seattle’s best comedy shows, Laff Hole at Chop Suey. He’s performed at Bumbershoot and opened for the Daily Show’s Al Madrigal. He also produces a podcast with Milan where they make jokes and just say a lot of dumbass shit called Paras1te. He’s a dirty bastard and one hard man to kill.
Monisa Brown one of Seattle’s best comedians today. Drawing from her life experiences as a queer black woman, Monisa serves up comedy that toys with and deconstructs social perceptions. Monisa Brown is the creator and co- producer of QTPOC Is Not A Rapper, a LGBTQIA+ and P.O.C focused curated comedy open-mic and showcase. Monisa has appeared in Portland’s Black Comedy Festival and Seattle’s Bumbershoot Festival. She’s sure to be a formidable opponent. 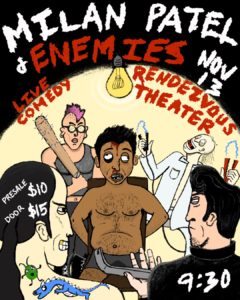