Mia Day:
Mia Day is a young folk singer/songwriter living in Seattle, Washington. Mia started writing songs in composition notebooks when she was ten years old, and had a man on a sailboat teach her three chords on a ukulele, to this day, the only music lesson she has ever had. Now at age sixteen, she is breaking into the Seattle music scene. She has performed around Seattle such as the Vera Project, Club
Sur, Louie G’s. The Stone Way Cafe, and Grumpy D’s coffee house in Ballard. She released her second e.p. “Years” on November 10th.

Matt Dalton
Student of voice from an early age, influenced by hymnal choirs, death metal shrieks, soaring instrumentals, and subdued whispering vocals. Matt’s been writing and performing in both Boston and Seattle for the past 6 years. 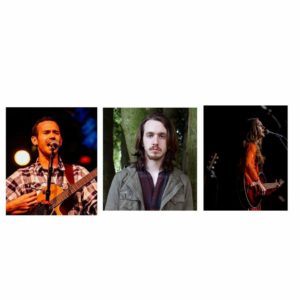