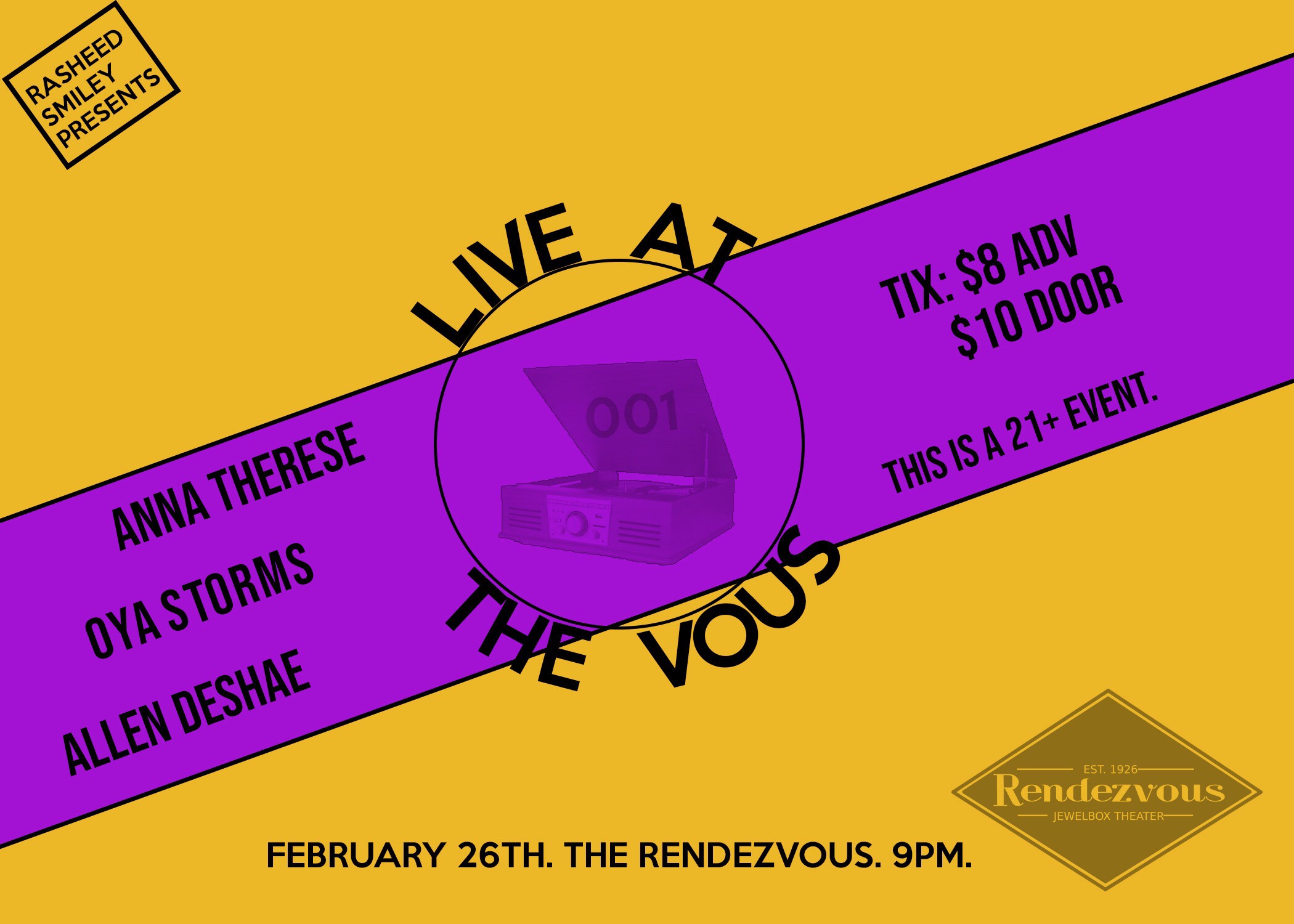 An intimate experience blending various genres in the heart of the city.

Anna Therese is an artist and producer based in Seattle who has a unique sound that blends RnB, Jazz, and other musical inspirations. Her use of harmony and vocal layering produces a sort of soundscape effect contrasted with her rhythmic beats. Anna grew up playing violin and is greatly influenced by the classical genre although you wouldnt know it by listening to her Neo-Soul sounds. She is currently studying performance and composition at Cornish College of the Arts and aims to eventually bring all of her experiences from different musical worlds into her own cohesive, authentic style.

Ariana (aka Oya Storms) was born and raised in Pensacola, FL then moved to WA 4 years ago with dreams to learn more within the industry. While in Florida, she spent most of her days touring with her band across the east coast, and has played alongside many great musicians that have inspired her to be great in. On her free time, Oya plays the guitar and write poetry– and when not practicing guitar, spends most of her time writing songs and studying how artist like Marvin Gaye touched people with his music.

Allen Deshae is an upcoming rapper from Seattle, WA that is best known for his dynamic flows and clever wordplay. His goal is to put Seattle hip-hop on the map and to help uncover the underground talent in his hometown.

Allen Deshae has always been intrigued by music the different melodies, flows and sounds. Artists that he has been influenced by include Jay Z, Kendrick Lamar, J. Cole and Drake he believes his sound incorporates a little bit of all of them and more. His writing ability also began to show at an early age, his love for reading lead him to write vibrant stories. And he continues to tell those stories through his music.