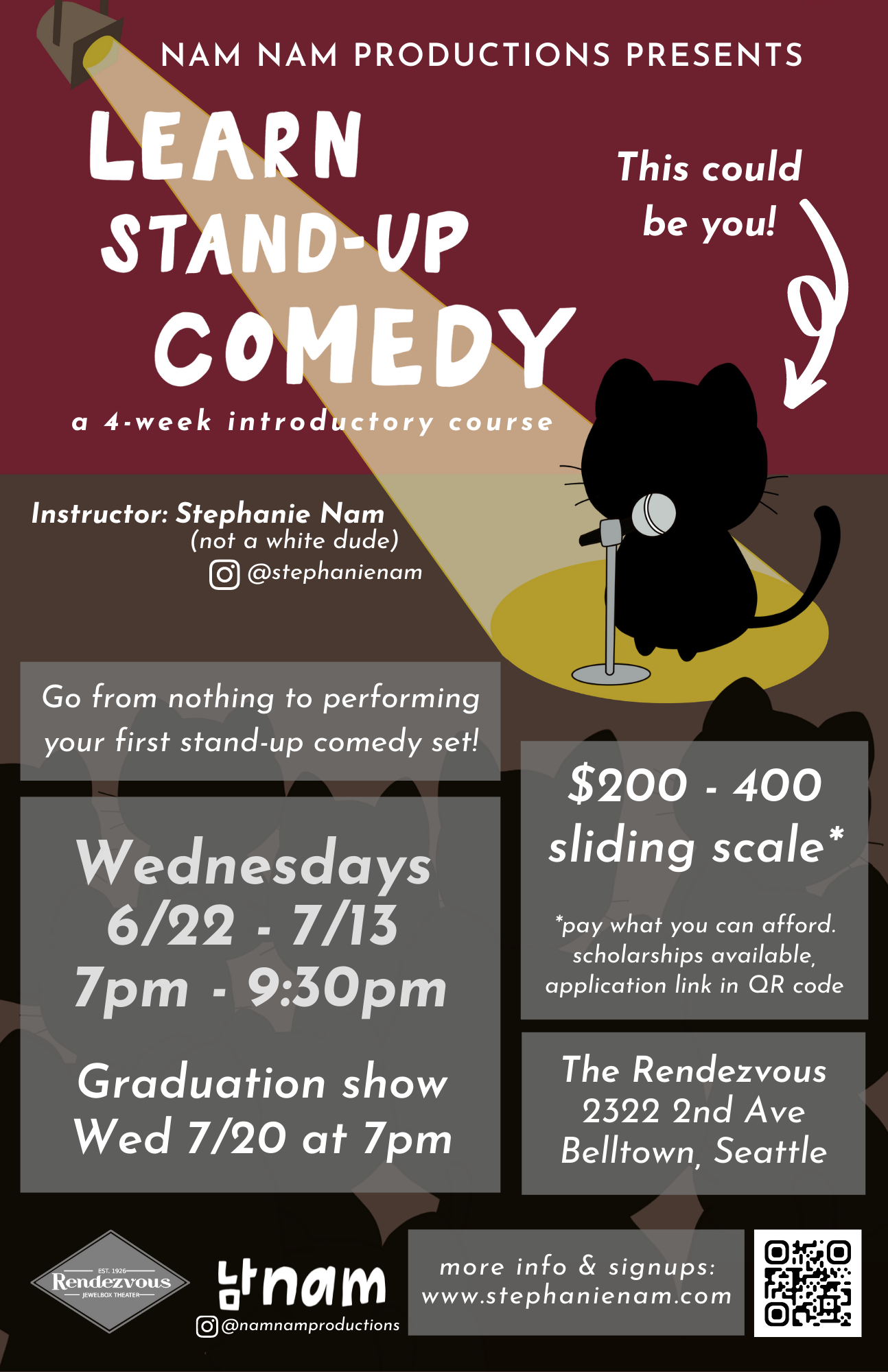 ABOUT THE INSTRUCTOR
Stephanie Nam is a Seattle-based comedian and producer. She produces shows under NAM NAM Productions including MEN AREN’T FUNNY, JUST A PHASE, and MODEL MINORITY that highlight underrepresented identities in comedy and THE QUEER AGENDA, a live dating show.

Stephanie is known for her dry humor and wet pussy. She is a Capricorn sun, Scorpio moon, and lesbian stereotype rising. She lives with her cats and girlfriend in Seattle. Stephanie’s standup has been described as “unexpectedly funny, “awkwardly charming,” “something I’ll remember for the rest of my life” and “the funniest thing I’ve ever seen.”

This is a hate free space. Racism, sexism, homophobia, classism, transphobia, ableism, colorism, fatphobia, xenophobia, etc. will not be tolerated and all performers agree to refrain from such material.