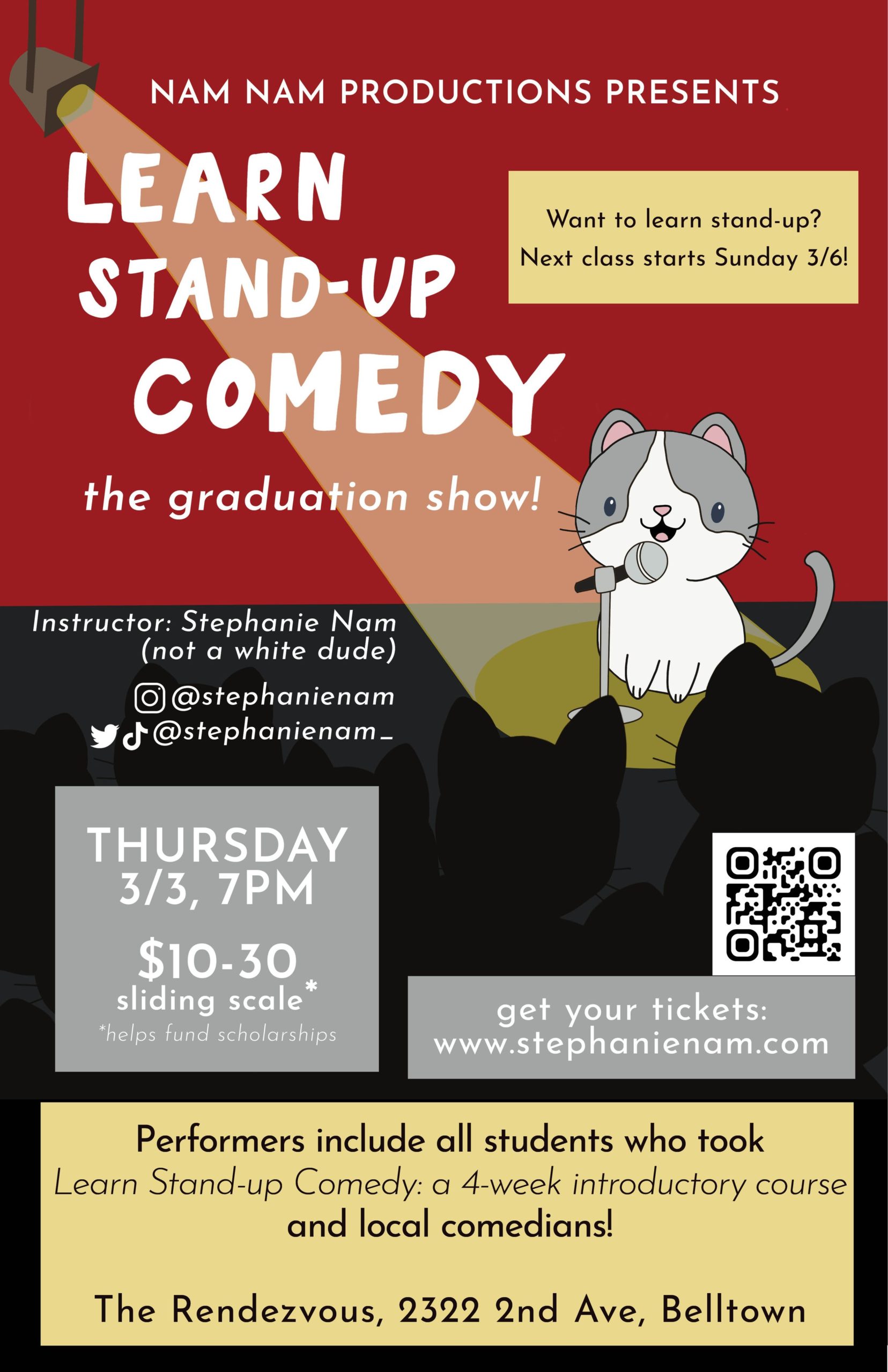 This is final graduation show of a 4 week course. It is open to the public! Come watch the freshest faces in Seattle comedy!