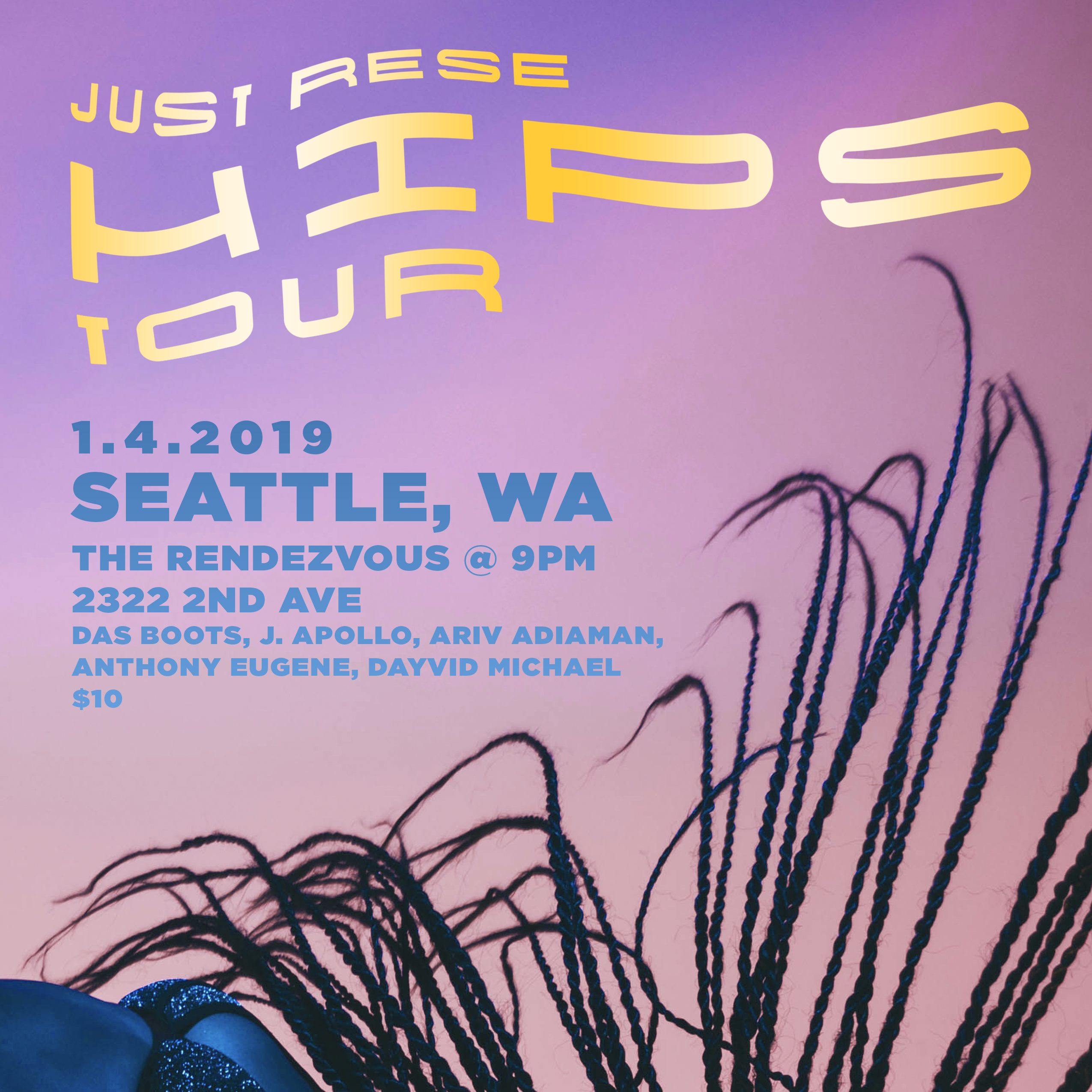 Oakland raised rapper and songwriter, Just Rese fuses together a collective sound of funk, hip-hop, and alternative R&B. Through self-awareness and honesty, Rese has tailored his music and songwriting, to what he calls an “unapologetic version of himself.” His talents and efforts have awarded the lyricist great support from media tastemakers like Revolt, The Deli, Earmilk, The Bay Bridged, SF Weekly and many more. Just Rese is bringing his funky new EP, HIPS on the road, and Seattle is its first destination.