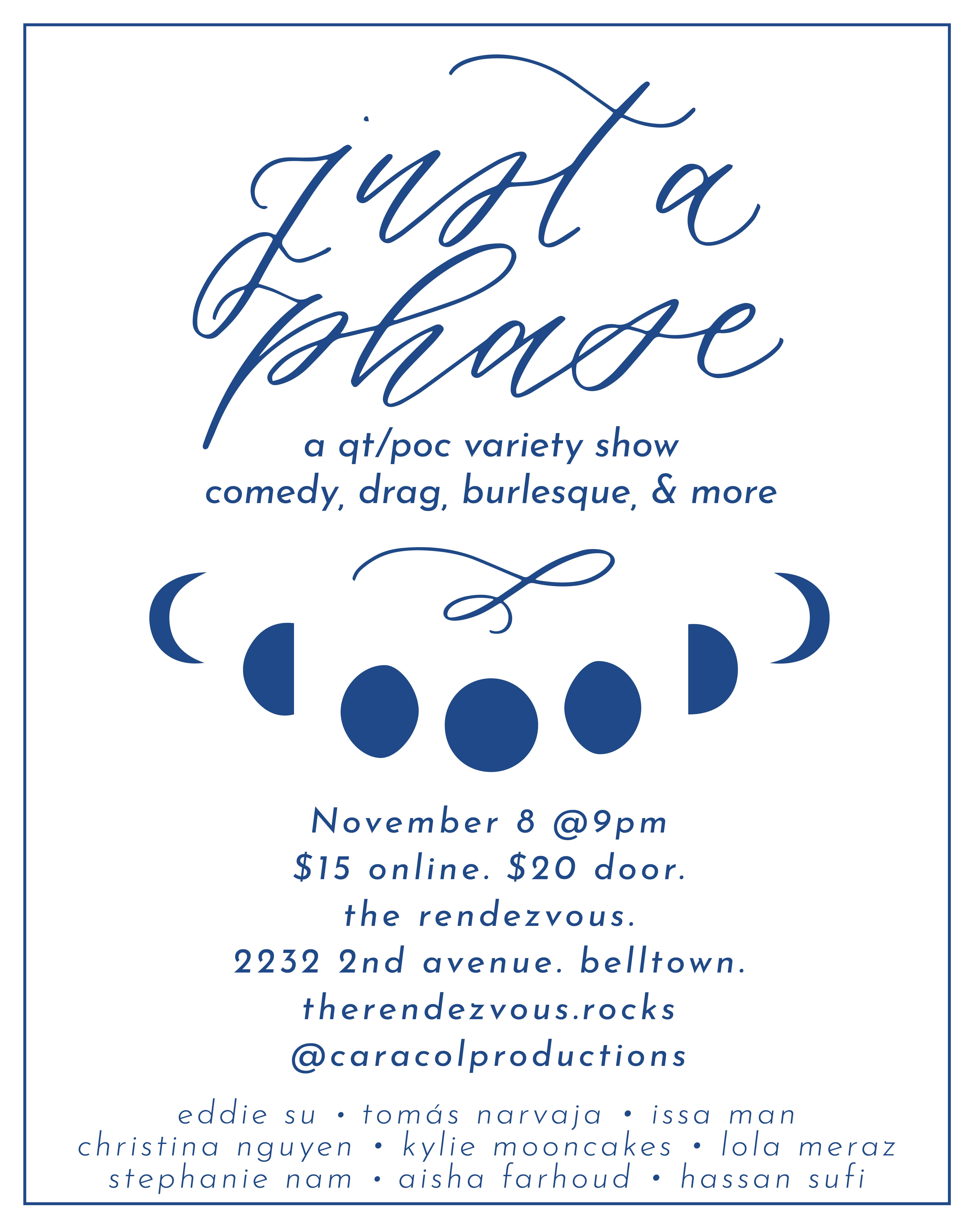 JUST A PHASE is a monthly showcase that highlights QT/POC comics cause we’re funnier anyways. This will be a special edition variety show including drag and burlesque!

Producer info: Caracol Productions is run by Stéphanie Nam, a queer Asian-American comedian who aims to create community through comedy and spaces by and for underrepresented people.

The Jewelbox Theater is an ADA Accessible. It is a 21+ show as it is located in a bar and there may be adult content.

This is a hate free space centering QTPOC. Racism, sexism, homophobia, classism, transphobia, ableism, colorism, fatphobia, xenophobia, etc. will not be tolerated. No one is turned away for a lack of funds.