Jenna St. Croix’s Back to School Review – a drag show! 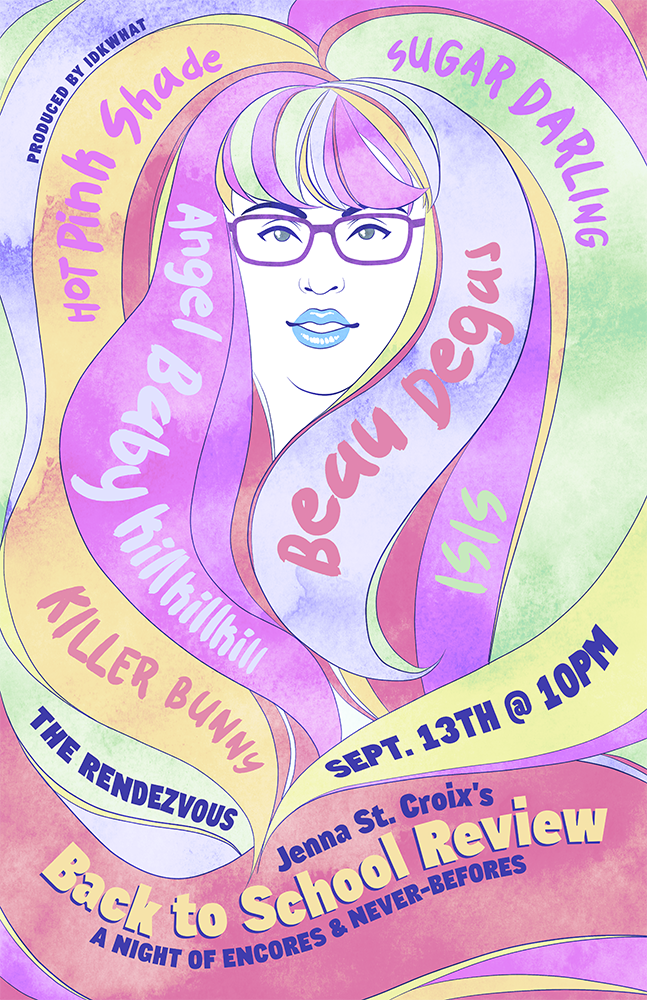 We’ll kick off the night with six performances that brought the house down when they debuted on the Rendezvous stage in their original IDKwhat show. If you missed any of these the first time, now’s your chance:

– ANGEL BABY KILLKILLKILL performs her world-saving interplanetary Fifth Element finale from Gaylien Invasion
– BEAU DEGAS brings back the only Sugar Plum Fairy that’s been dancing in our heads since she was the special guest for Nutcracker Drag!
– HOT PINK SHADE makes a triumphant return with their fully-evolved MewTwo to remind us why they were the special guest for Pokémon: Drag!
– ISIS reprises her finely-tuned & superfuturistic Cindi Mayweather tribute from Queer’d Science
– KILLER BUNNY will be blonde with a wand, returning to his iconic portrayal of Draco Malfoy from Drag Against the Dark Arts
– SUGAR DARLING is a dormouse again, duh!, bringing her magical mashup of Karen & the Dormouse from Mean Girls In Wonderland

In the second act, these six artists will perform new numbers! These new acts are the products of an anonymous track exchange between the cast members. It’s a drag trust fall!