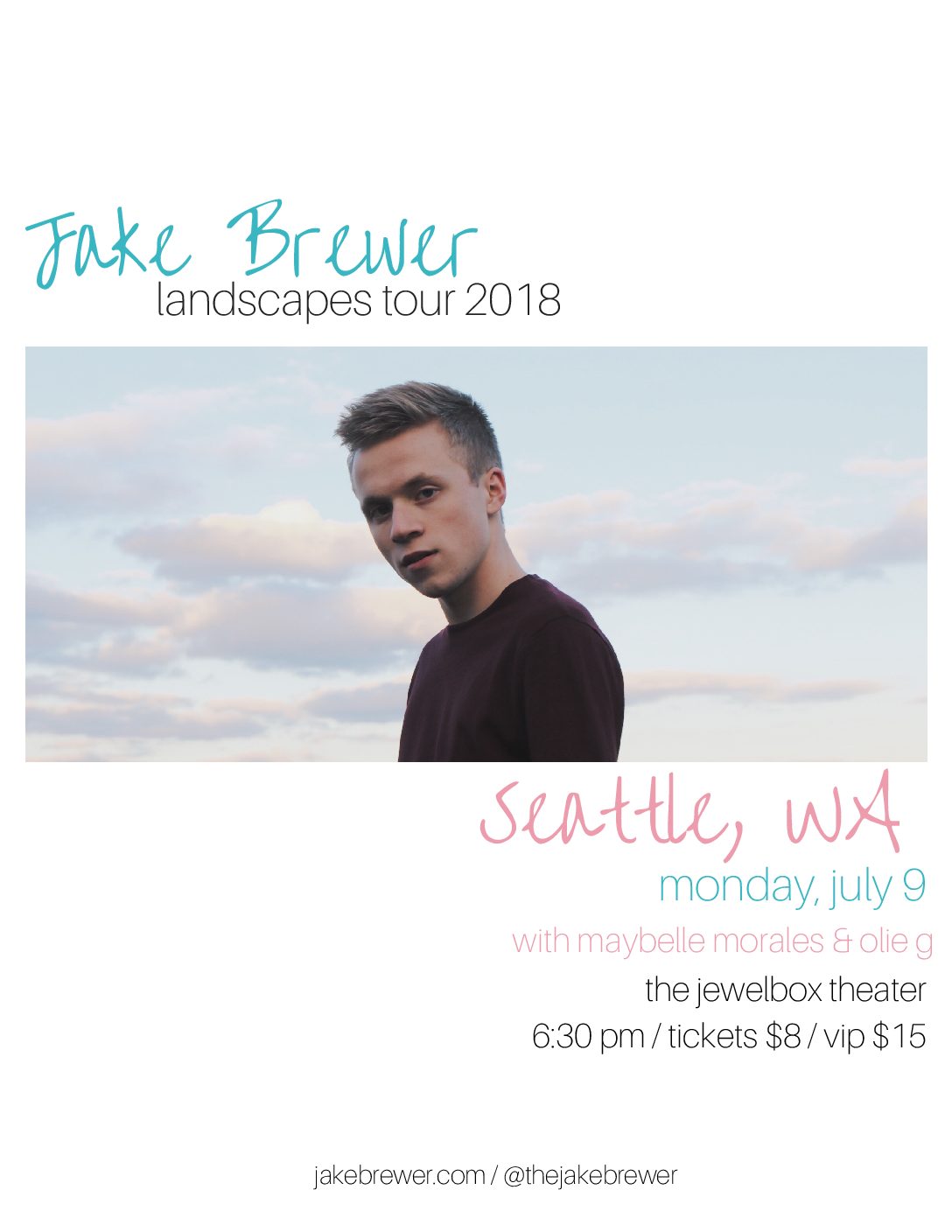 Jake Brewer is a Seattle-born singer/songwriter who will be bringing his 2018 Landscapes Tour to Seattle on July 9 in support his upcoming sophomore album, Landscapes.

The acoustic show will include music from local special guests Olie G and Maybelle Morales. Growing up in Seattle, Jake began to sing and play guitar in middle school, and has since been writing and recording music in his free time. His debut album, Lucky I Am, surpassed 100,000 streams on Spotify, and since has grown to nearly 200,000 with the release of his next album: Landscapes. When asked about his style, Jake uses the words “raw, true, honest, and personal”. His unique acoustic style and personal expression through his music has led him to a career founded through social media, with over 30,000 followers on Twitter and growing. On his first headlining tour, Jake hopes to break out of the virtual atmosphere and bring his music to life by delivering it to those who’ve supported him through his journey so far.