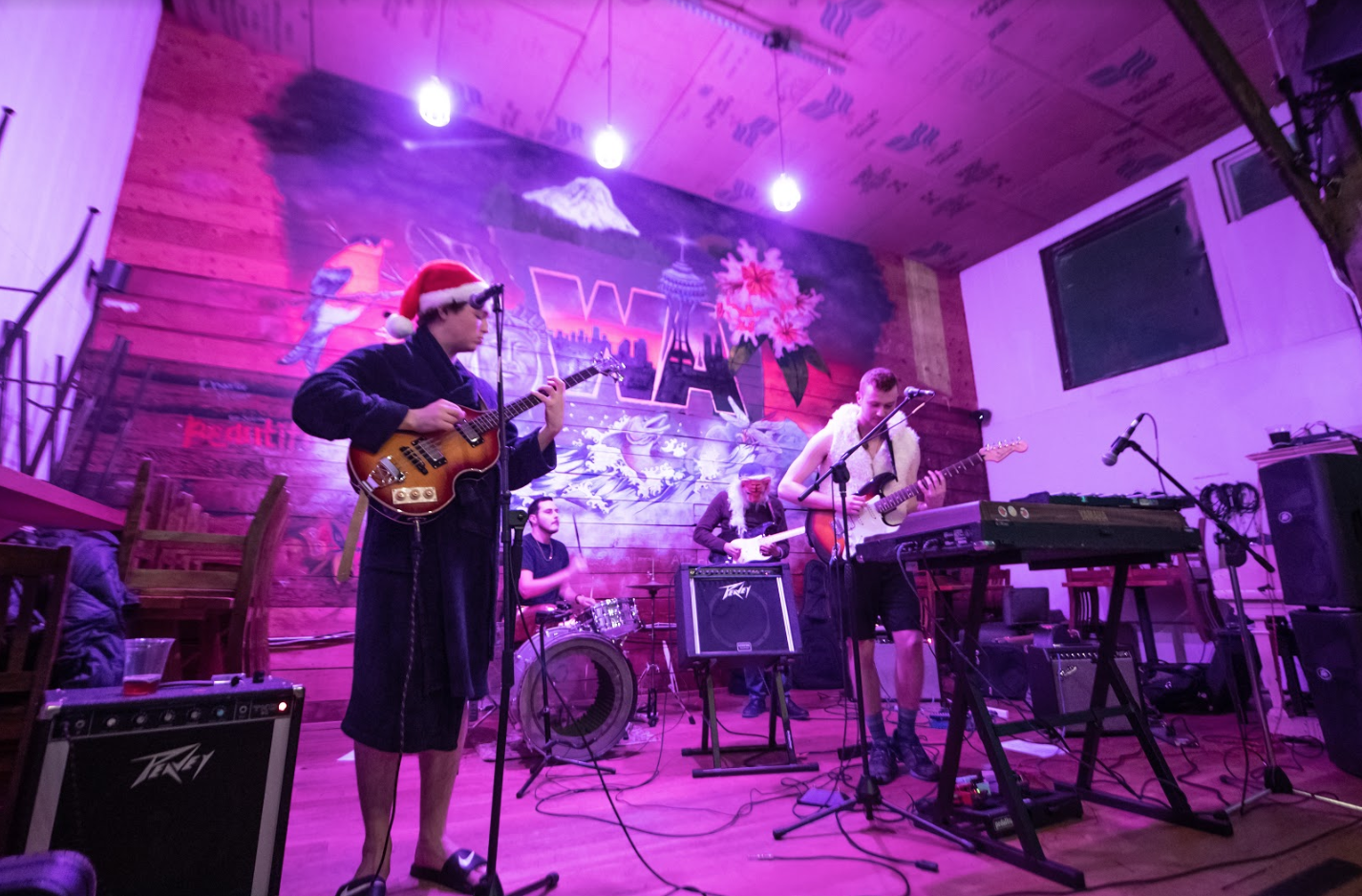 Intrinsic Factor is a rock quartet from Seattle that provides a dynamic live experience.

Formed as a quartet in 1893 as the research division of the US-based American Association of Music Electronics, Intrinsic Factor grew in prominence through the end of the 19th century until the untimely death of its original cellist, Isiah J. Antonio, in 1912 when he was electrocuted attempting to create an audio distortion machine. His instruments and equipment, which were thought destroyed in the accident, have been rebuilt into the guitars, basses, and drums you see in today’s quartet. Although the technology has changed, the core fundamentals of the sound—fuzzy guitar tones with earthy notes, strong rhythmic undertones, and a punchy finish—have remained.

Quincy Einstein and The Oddities is the brainchild of singer-songwriter Jackson Reiquam, it was originally started as “Quincy Plays Drums in Rome” in 2011 by Jackson and James Safarik.  The band wrote 4 songs and then went on hiatus for 4 years later regrouping in 2016 and adding DJ Woodall and Dusty Folks while rebranding as “Quincy Plays Drums.” In late 2016 Safarik and Woodall left the band to start their own project, Folks left the band shortly after.

Jackson, in his newfound solo-ness, decided to rebrand yet again to become what it is now, and to leave open the opportunity of rotating backing musicians through the bands set.  From mid 2016 to late 2018 Jackson travelled the country performing as a busker everywhere he went. Currently, the band has been moving its performances off the street and into bars, coffee shops, and theatres.  As of early 2019, the only current member of the band is Jackson Reiquam.