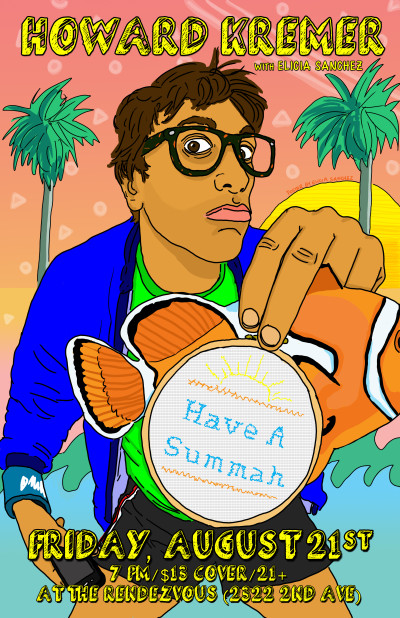 In addition to writing for many shows and networks, Howard Kremer has appeared on Comedy Bang Bang (IFC), Comedy Central Presents, Jimmy Kimmel Live (ABC)  , Enjoy It! (Comedy Central), Scare Tactics (Sci Fi), Daily Grind (Fuel TV), Austin Stories (MTV) and on Funny or Die.com with Zooey Deschanel (Have A Summah!). He”s performed stand up at clubs all over the U.S. and abroad.

His podcast “Who Charted?” is a weekly countdown of the top charters in music, movies and more and has featured guests such as Sarah Silverman and Zach Galifianakis. Get it  at www.earwolf.com and Itunes.

He is founder of the international movement  ‘Have a Summah.”