Goodbye 2017 an Evening with Courtney Karwal 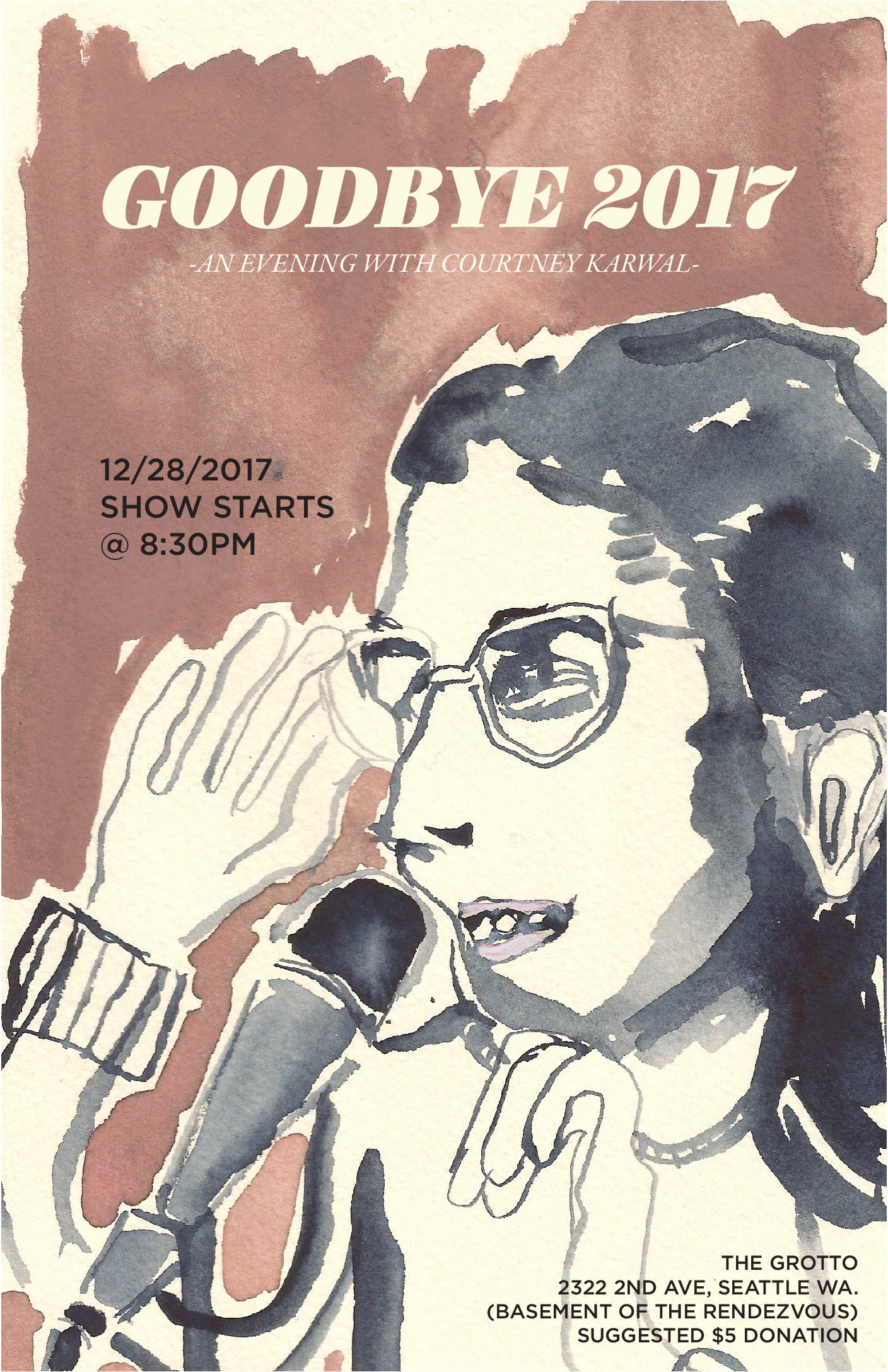 The Rendezvous presents a night of stand-up comedy Goodbye 2017 with Courtney Karwal! Come join her as she performs a longer set alongside some of Seattle’s best comedians.

Courtney Karwal is a comedian based in Los Angeles. She’s also the co-creator of the Funny or Die web series Check Your Surroundings, an original series/pilot she co-created calledDoug & Devi won at the 2017 Just for Laughs Festival in Montreal and went on to premier at the New York Television Fest. She is a frequent performer on the Put Your Hands Together Podcast w/ Cameron Esposito & Rhea Butcher and the UCB Theatre. She’s performed as a comic to watch at Riot LA, SF Sketchfest and Out of Bounds Comedy Festival.