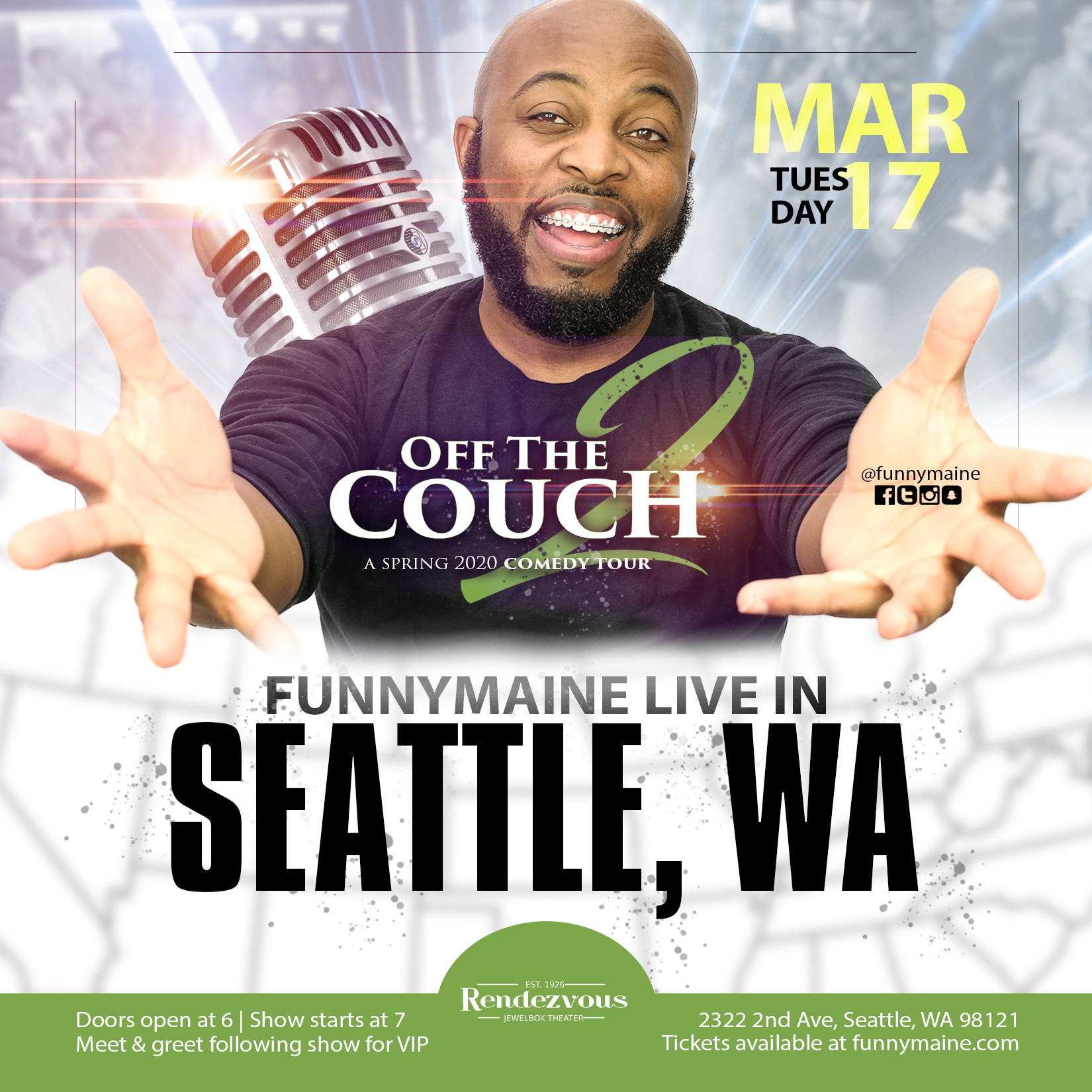 FOR TICKETS TO THE JUNE 14TH SHOW VISIT:
https://therendezvous.strangertickets.com/events/106269170/funymaines-off-the-couch-2-tour-live-in-seattle

Funnymaine is Off the Couch and back on the road again for his comedy tour that is sure to be full of stories, jokes and laughs that his fans (new and old!) will certainly enjoy.

Johnson’s web series and other online media keep his 800,000+ followers and millions of
people around the country laughing every day. He recently sold out shows in Los Angeles,
Chicago, Washington DC, Charlotte, Houston, Atlanta and more. His Off the Couch 2 tour
features Johnson headlining these and other cities as his reach and influence continue to grow.

For more information on upcoming shows and appearances visit www.Funnymaine.com, and follow
@Funnymaine for more fun and laughs.