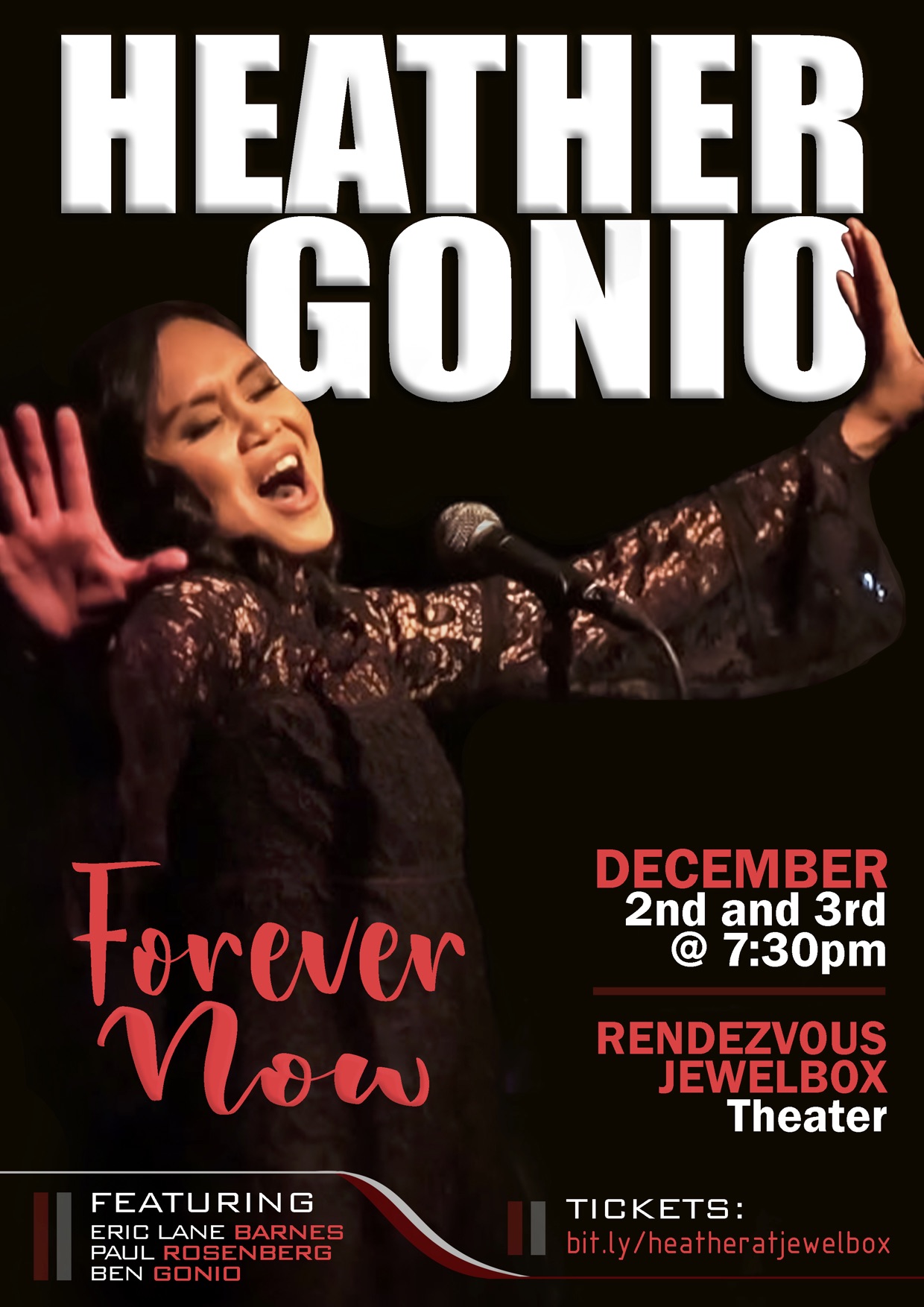 Seattle-based performing artist and musician Heather Apellanes Gonio returns to the stage after over two years to sing about her adventures through the pandemic and the man who made her life in America possible. From Bossa Nova to ABBA, with a little bit of Disney in between, this eclectic one-woman cabaret should satisfy your appetite for music, laughs, and storytelling. Featuring:

Heather is a Seattle based performing artist and musician. After years of performing and teaching hip hop, she pursued theatre and has performed on many Seattle stages including The 5th Avenue Theatre, The Village Theatre, ACT Theatre, Book-It Repertory, and McCaw Hall. Stage favorites include Miss Saigon (5th Ave), The King and I (Village Theatre), Beauty and the Beast (Village Theatre), Watt?!? (Village Theatre), and Bad Apples (ACT Theatre). After touring Europe in 2008 as a principal singer on Celebrity Cruises, Heather decided to start her family back in Seattle, where she balances work, family, and art. She is a proud member of Actors Equity and SAG-AFTRA. Her favorite role: Mama.