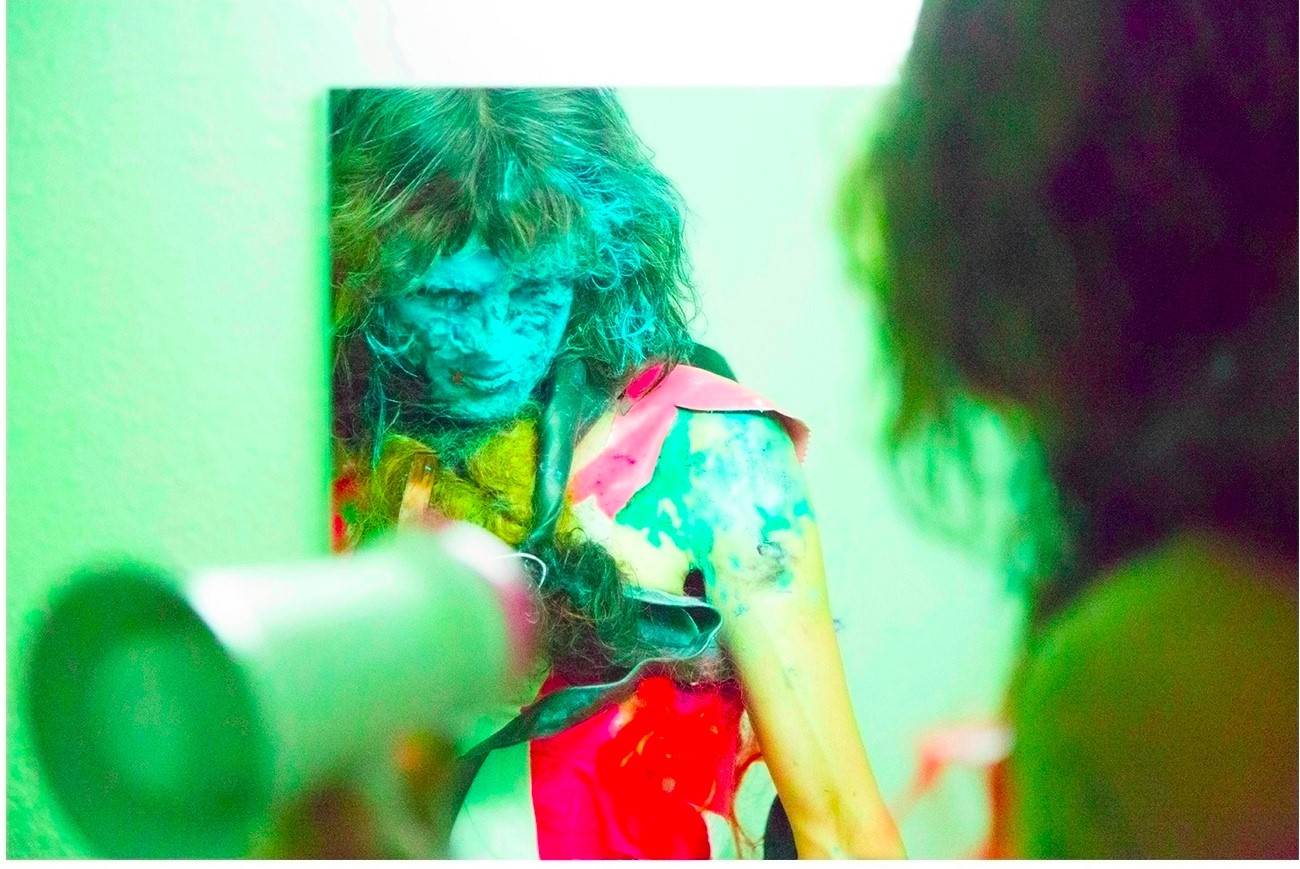 Jill Lloyd Flanagan (born 1979) is a performance artist and musician from Chicago,IL. She has been doing the marxist body horror opera act Forced into Femininity for the last 9 years. She has worked as a personal assistant for disabled people, a dishwasher, a Jimmy John’s delivery driver and a dogwalker. She was in the bands Coughs, Learned Helplessness, Web, 2watt and Gula-Gila as well as doing solo performances as Carezza.
Forced into Femininity’s previous albums (“Messiah of Evil” and “Erase Your Grave”)were attempts to explore political theatre through the field of allegory and extended metaphor. Her new EP “I’m Making Progress” is an exercise in literalism but addressing the political from the opposite perspective of punk. Often punk has meant white people of creating a false outsider’s view of their own privilege and using this to self righteously rail against the status quo. What if radicals openly talked about their own real positions as gatekeepers maintaining racism, classism and sexism. “I’m Making Progress” is an attempt to speak from the antiseptic and self hating voice of privilege, from the perspective of liberal narcissism.