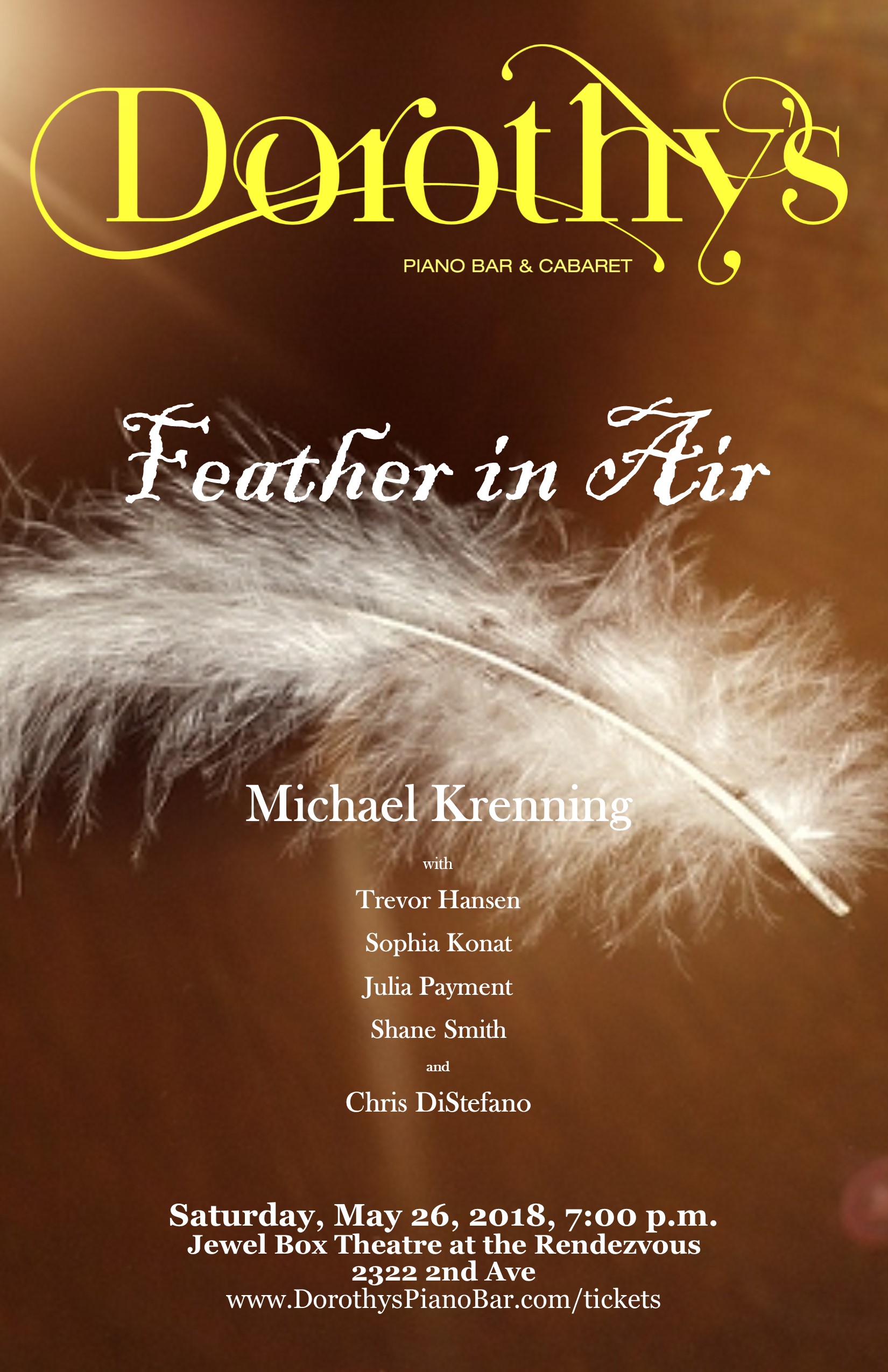 Still fresh off of Village Theatre’s production of Newsies as well as audition season, Michael Krenning is excited to get another opportunity performing with Dorothy’s Cabaret. Feather in Air takes its name from the song Feather  by the music producer Nujabes. Sometimes referred to as “the father of Lo-Fi Hip-Hop,” the music of Nujabes has comforted and inspired Michael during his adulthood journey. Accompanied by Chris DiStefano, join Michael and his guests: Shane Smith, Julia Payment, Sophia Konat, and Trevor Hansen as they  reflect on their places in life, experiences, and the emotions that come with growing into adults. These stories will be told through musical theatre, pop, indie, and hip-hop styled songs. We hope you’ll join us for Feather in Air at the Jewelbox Theatre on May 26th.