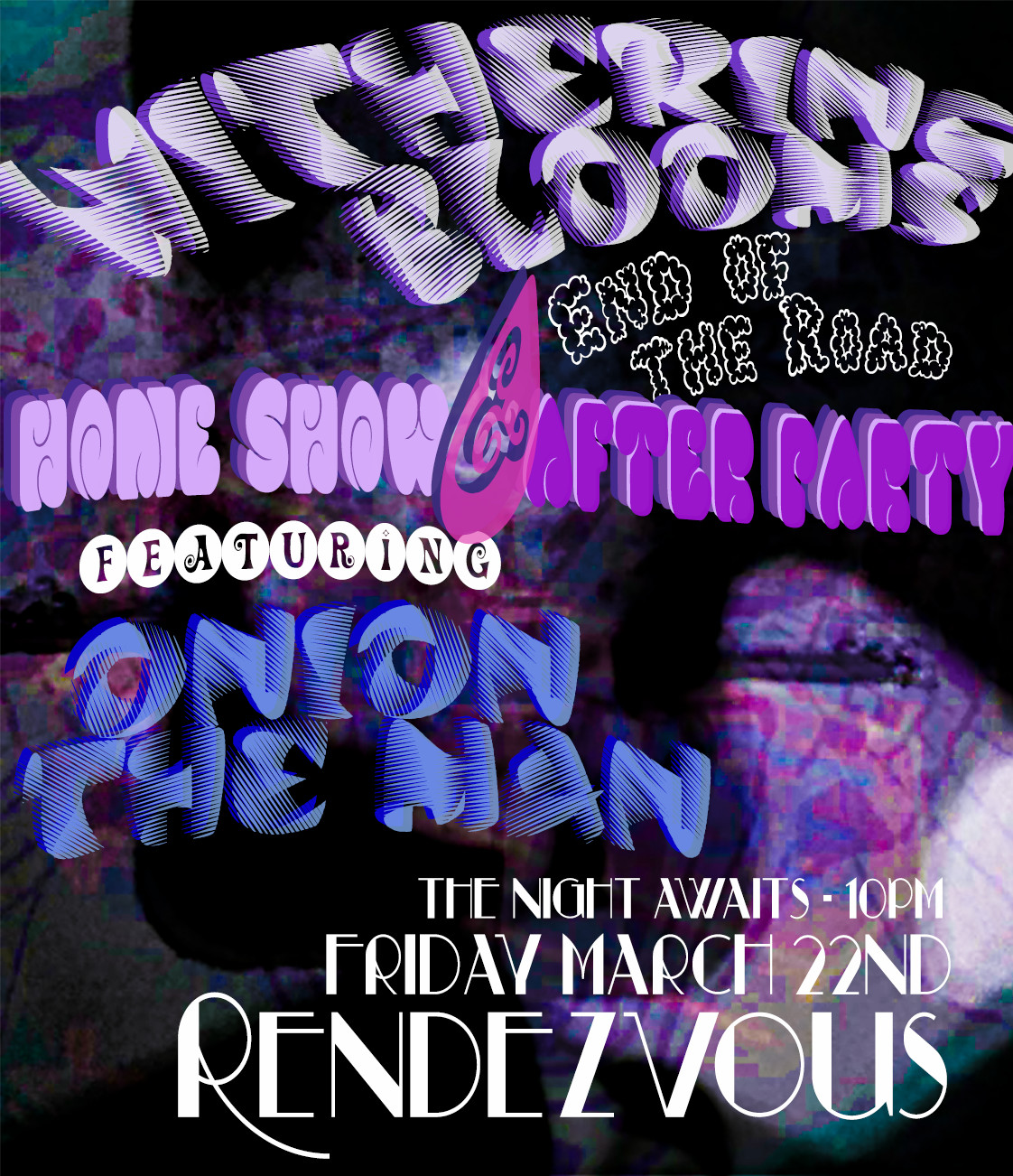 This one is gonna wrap it all up

At this point, The Blooms have finished their largest tour to date, playing 7 shows in 6 cities, in a month.

The homecoming show will be a special one. The Rendezvous is one of the first venue’s to give the goofy Blooms a shot. They’ve always greeted us with open arms. So…. since it’s the end of the road, we decided…. TO THROW A BANGING AFTER PARTY!!

After the shreds and jams (can’t wait to tell you about the opener) we’re taking the party downstairs, to the old speakeasy.. The Grotto.

Music starts at 10:00pm sharp! Doors will be shortly before 10pm.

> Holy moly these guys are the best guacamole you’ve ever tasted. From the greenest Avocado, their groove is ripe for dance and letting your hips loose. They sow a sultry thread through funk, psych, and pinch of disco, to leave a perma smile in your heart. They hail from Portland OR, let’s give em a rowdy welcoming to Seattle 🙂 Here’s what Onion The Man says about themselves:

Psychedelic grooves ooze from the depths of their hot souls. Raw shallot force energy merges to create the layered vibrations that is Onion The Man. Residing in the northern realms of Oregon, four passionate artists birth, break, and surf the wave of contagious groove through melodic texture, rhythmic harmony, and musical empowerment. Riding the mothership upward and onward, the Onion family tours all over the west coast and organizes Onion Music Festival annually for the sake of bringing all paths of life together in the name of personal expression and humanity.

AFTER A MAJOR DANCE SESH – THE BLOOMS WILL FOLLOW ONION THE MAN AND SHRED TILL OUR EARS BLEED – THE BLOOMS WILL PERFORM AN EXTENDED INTIMATE SET TO GIVE A GLIMPSE INTO HOW THEY WORK WHEN IN THE DEPTHS OF SONGWRITING.

After Party kicks off at 12am – Midnight! Tour’s over… time to drink

We’re turning The Grotto into… The Jaguar Lounge. Cocktails, martini’s, gin upon ice, beers, music, art, and of course the occasional step into the cold for a smoke. In the darkness of The Jaguar Lounge, we’d love to share a drink, a laugh, and maybe a story or two.

During the after party, we’ll have work from local Seattle artists Alana Crawley, Jackson Irvine, and Stephanie Lara up on display!

Of course we’ll be selling merch and hanging out downstairs, come say hi ! We’ll also be giving away CD’s !

Let’s party and celebrate the dream

Tickets $10 – suggested $5 donation if you are attending the after party! 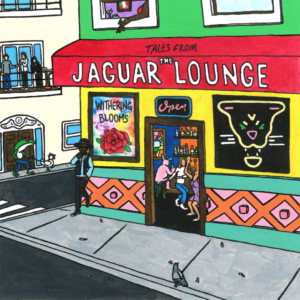