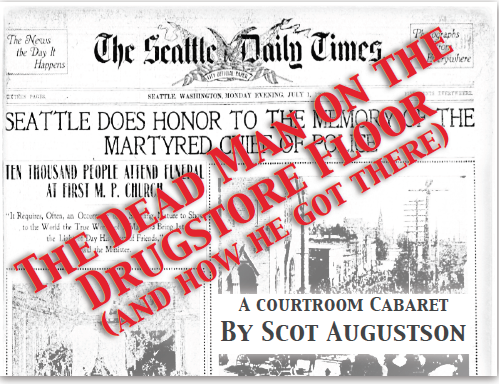 Seattle’s Burlesque Scene began in the Pioneer Square Box House Theaters. “The Dead Man On The Drugstore Floor (and how he got there)” by Scot Augustson is a courtroom cabaret telling the story of John “the Boss” Considine and Bill Meredith, the ex-police chief — the one that Considine shot dead.

Join us for a Rendezvous post party and learn how to play Farro.