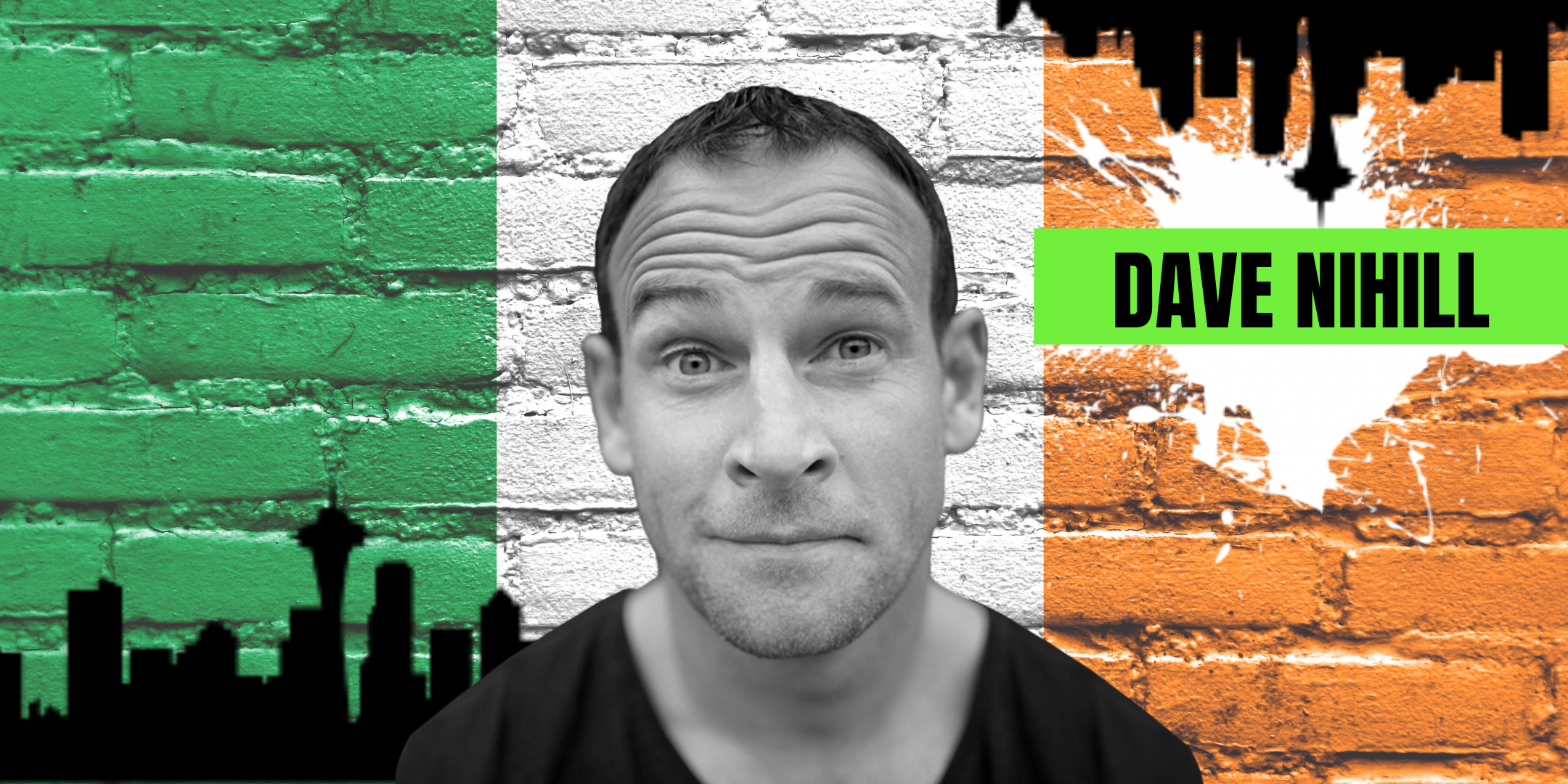 Originally from Dublin, Ireland Dave Nihill is an NPR featured storyteller, bestselling author, San Francisco Comedy Competition winner, runner up in the Moth’s largest US Grandslam storytelling competition and the first ever Irish comedian to have a special on Dry Bar Comedy. His work has been featured in Inc, The Huffington Post, Forbes, The Irish Times, TED, The Irish Independent, KQED, and on TV3 and his videos have been viewed over 70 million times. More info here!