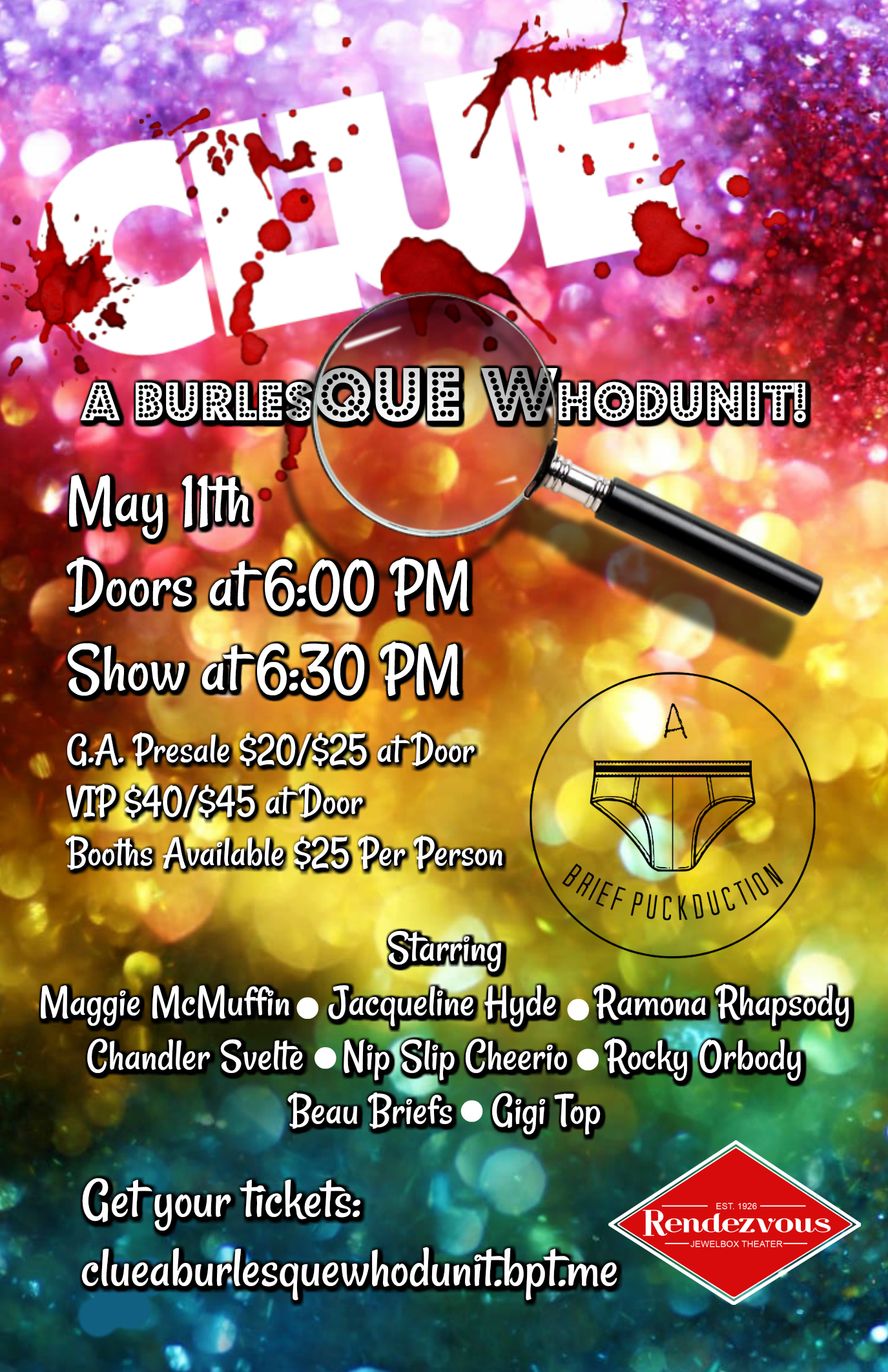 Join Mx. Boddy A’Plenty as they host their monthly burlesque revue featuring some of the most talked about performers in the biz! They really are cards, Miss Scarlet, Reverend Green, Mrs. Peacock, Colonel Mustard, Mrs. White, and Professor Plum.

Watch as they perform incredible burlesque acts that will display a variety of talents, no one will throw a wrench into this production! This show will be killer. Be prepared to die from laughter.