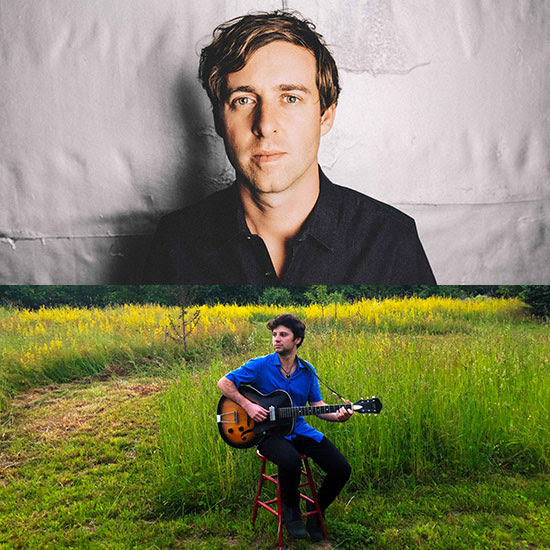 Don’t miss Los Angeles based singer-songwriter Chris Lind and Brooklyn based artist Grand Kid on their 2018 West Coast tour! Chris and Grand will be touring up the coast, from LA to Seattle, in August of 2018.

Chris Lind:
The Manifold Magazine wrote about Chris Lind, “His soft and indie approach to love songs make the chickies swoon. Think Ray LaMontagne meets John Mayer.” Lind draws on a unique array of influences and his music often receivescomparisons to Bon Iver, Wilco and Jeff Buckley.
Since catching fire with his singles “What Is Not Yours” and “A Story of Us” – which were featured on the TV show “Smallville” – Lind has released two EP’s (“Home” and more recently “Stay”) to widespread acclaim and is currently finishing a full length record due out this Fall.

Even before the “Smallville” breakthrough, he was earning high praise from various magazines – Peter Aaron of Chronogram Magazine compared Lind favorably to two of his top influences: “A dazzling singer-songwriter a la Jeff
Buckley and Nick Drake.” Growing a loyal fan base over 10 years in NYC, Lind has toured the West coast, played regularly in Hawaii (where he has family) and opened for Grammy winners Michael McDonald and John Cruz.
A couple years ago, before moving from NYC to Honolulu, Chris briefly fronted the reformed Americana powerpop band “End of Love” whose members included Wilco’s Nels Cline and Big Star’s Jody Stephens. Chris recently moved to LA where he’s excited to collaborate and record more when he’s not on tour.

Grand Kid:
Brooklyn’s Grand Kid is the eclectic alternative rock, soul, and roots project of singer, songwriter, guitarist Dan Kleederman. Growing up channeling electric blues heroes while equally mystified by the songwriting craft and experimentation of the Beatles,
music has always felt to him like disparate pieces asking to be put together.
Often compared to the Dirty Projectors, Grizzly Bear, and Jeff Buckley, Grand Kid dives headfirst into the world of love and loss through its unavoidable highs and lows – journeying all the way from otherworldly psychedelia to rootsy lullaby. No matter where
the music goes, it carries with it an arresting beauty and warm intimacy.

Often supported by a high flying trio, Grand Kid also performs solo with vintage drum machines, organs, and brass by way of a Panasonic tape player. Grand Kid will release a live EP/video called “We’ll Be” later this summer with a full album coming in 2019. Follow him @grand.kid on Instagram to stay updated on tour dates and upcoming releases.