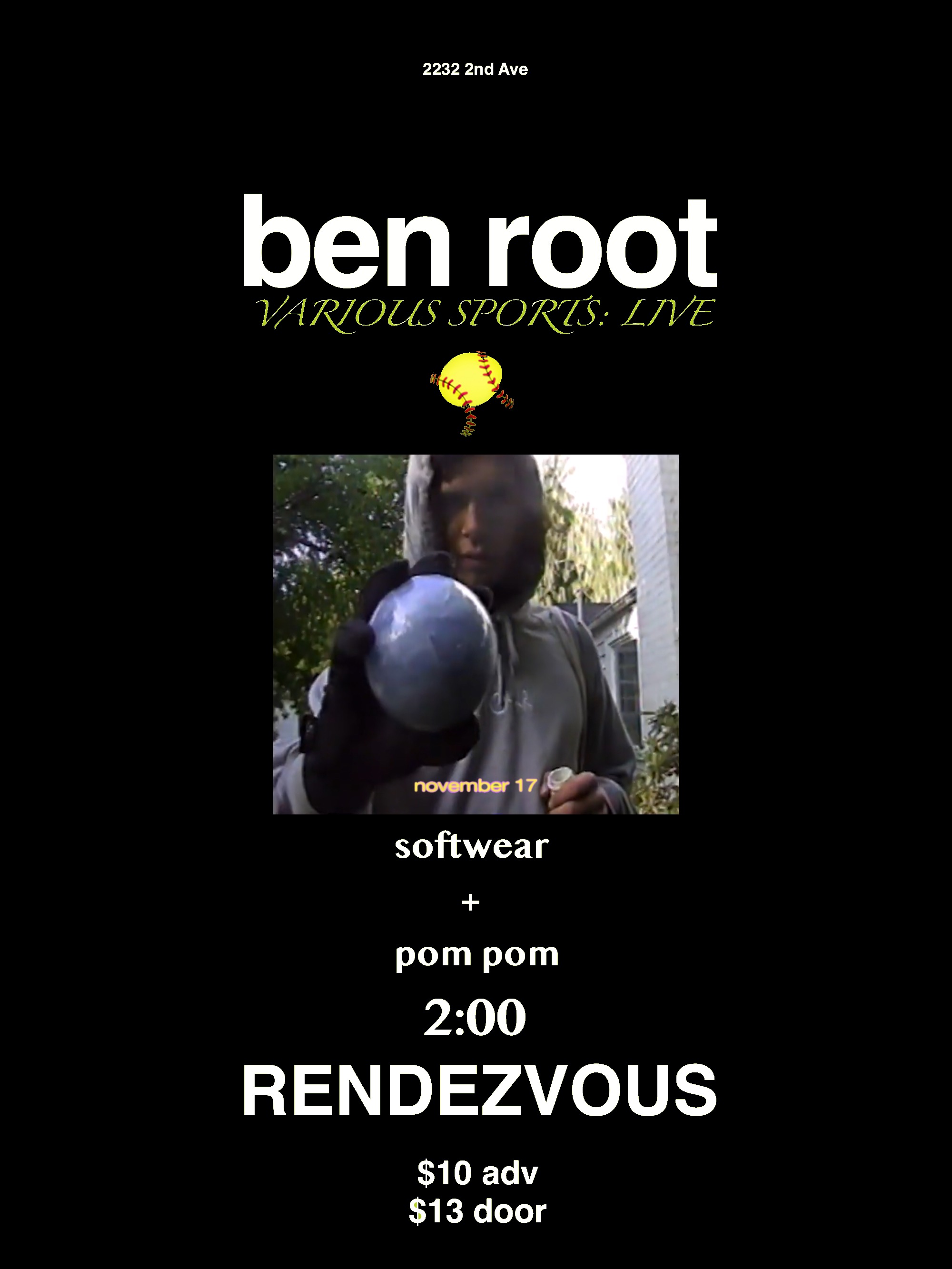 Ben Root is a multi-instrumentalist based out of Seattle, Washington. Starting off as a self-taught cellist at the age of 6, Ben writes, records, and produces all of his own music. Ben began home recording in 2015, in which he rapidly taught himself to play all the instruments needed to make rock records. He released his debut album The Hits this year, as well as his new masterpiece Various Sports.

Inspired by 70s post-punk and new-wave, Ben and his band deliver an energetic, fast-paced performance. Between Ben’s melodic bass guitar, vocals, and the lead guitar skills of long-time collaborator Caspian Coberly, the ­Various Sports live band is an essential act of 2019.