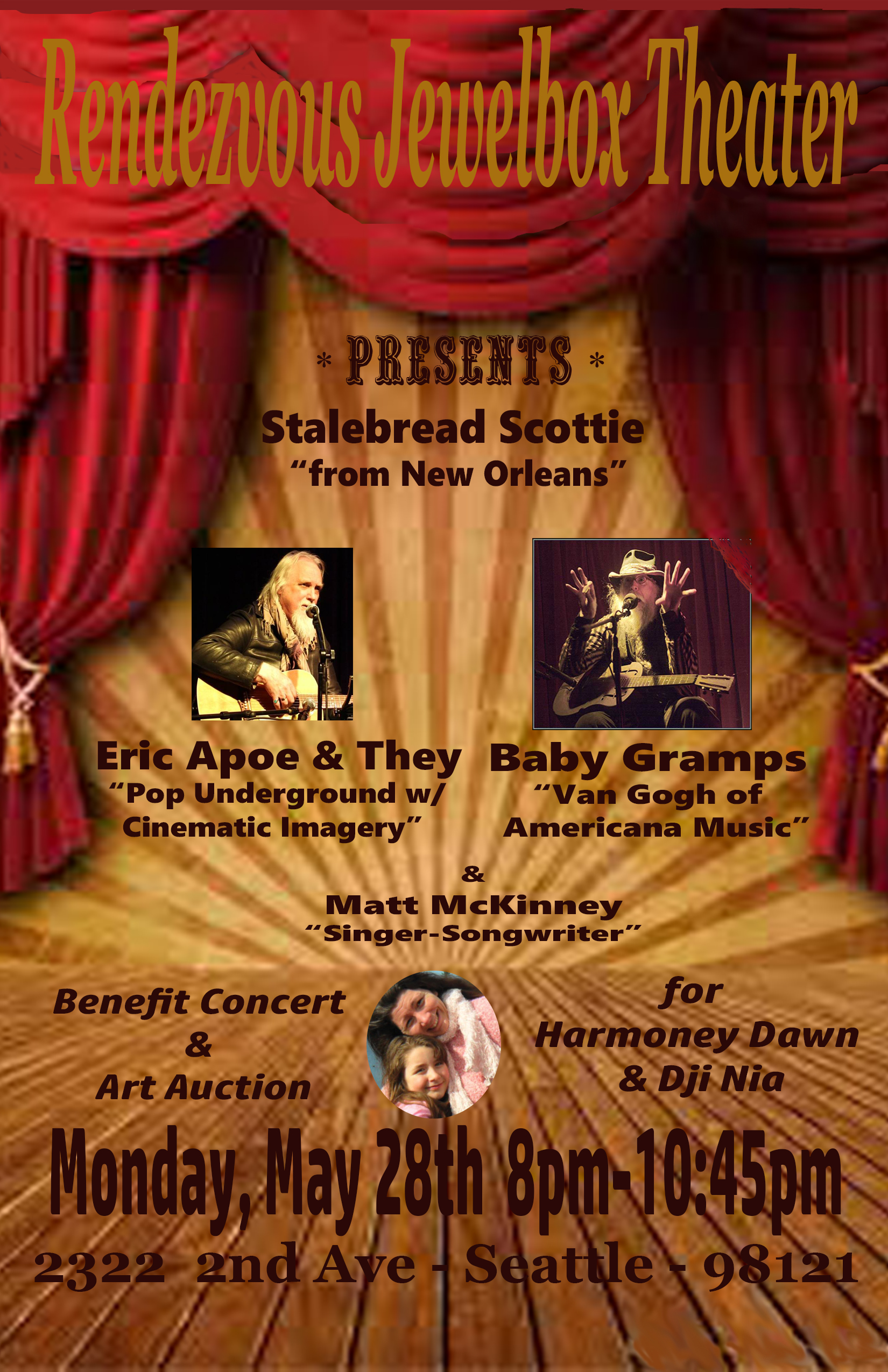 Baby Gramps’ highly original and unusual guitar stylings include flat picking, bare fingered picking, playing with thumb and finger picks, and at times all three on the same song. Along with this, he chords with the back of his hand and his elbow and uses “string snapping” and his original “palm-patting” technique on an acoustic National metal resonator guitar. When he sings he incorporates these guitar techniques in his vocalisthentics along with throat singing. Like Thelonious Monk on piano, he can play “between the cracks” on the guitar. His performance is part improvisation and he often encourages audience participation. All the while his repetoire maintains a connection to Americana roots music of the 20’s and 30’s, vaudeville, and word play.

Songwriter Eric Apoe, a Seattle native has been an active member of the Asylum of the Musically Insane for some time, both locally and overseas. The release of COOTIES OR CHECKMATE YOUR MOVE, will mark the 7 th CD by Eric Apoe and THEY over a span of 21 years. The disc includes 10 new songs along with some never recorded songs from his catalogue, a few previously recorded songs, and a cover of the classic, AS TIME GOES BY. Currently working on two separate CD’s: one a collection traditional styled country songs written over a number of years, and one on the eccentric side of writing.