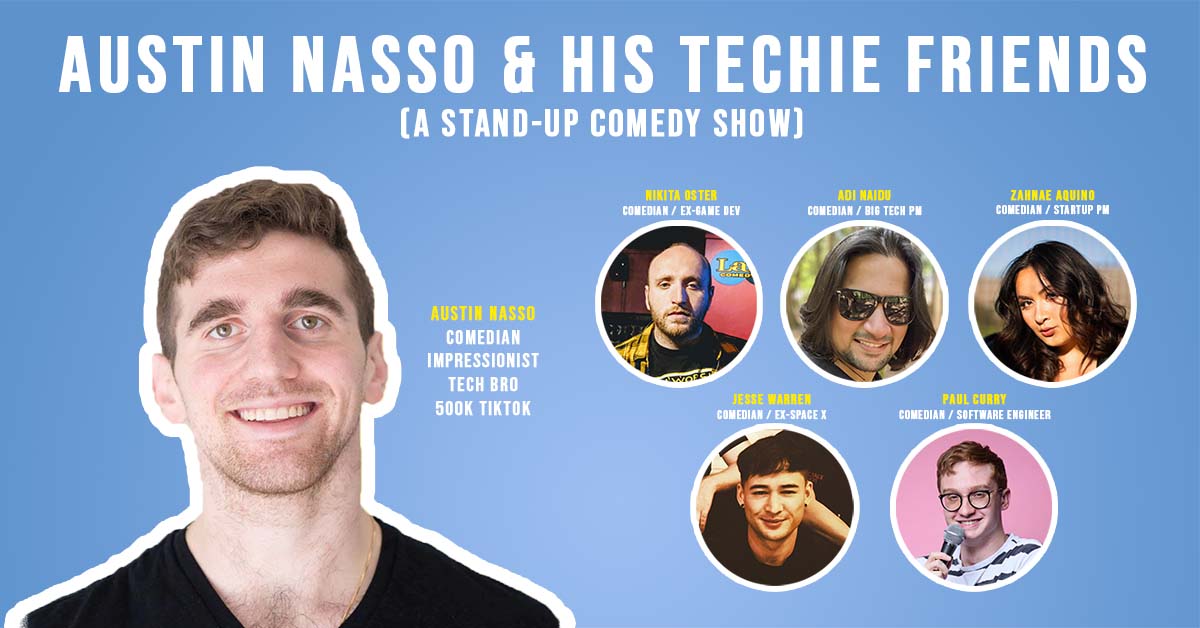 We got some great standup comedy for ya.

Austin Nasso is a former software engineer (and now viral TikTok-er) with a dream: to tour the country doing standup comedy. Over the course of the pandemic he has amassed 500,000 followers on TikTok for his impressions, characters, and standup.

He also is co-founder of the Seattle born Socially Inept: Tech Roast Show. Join him and some of his funniest techie friends as he preps for his upcoming tour.