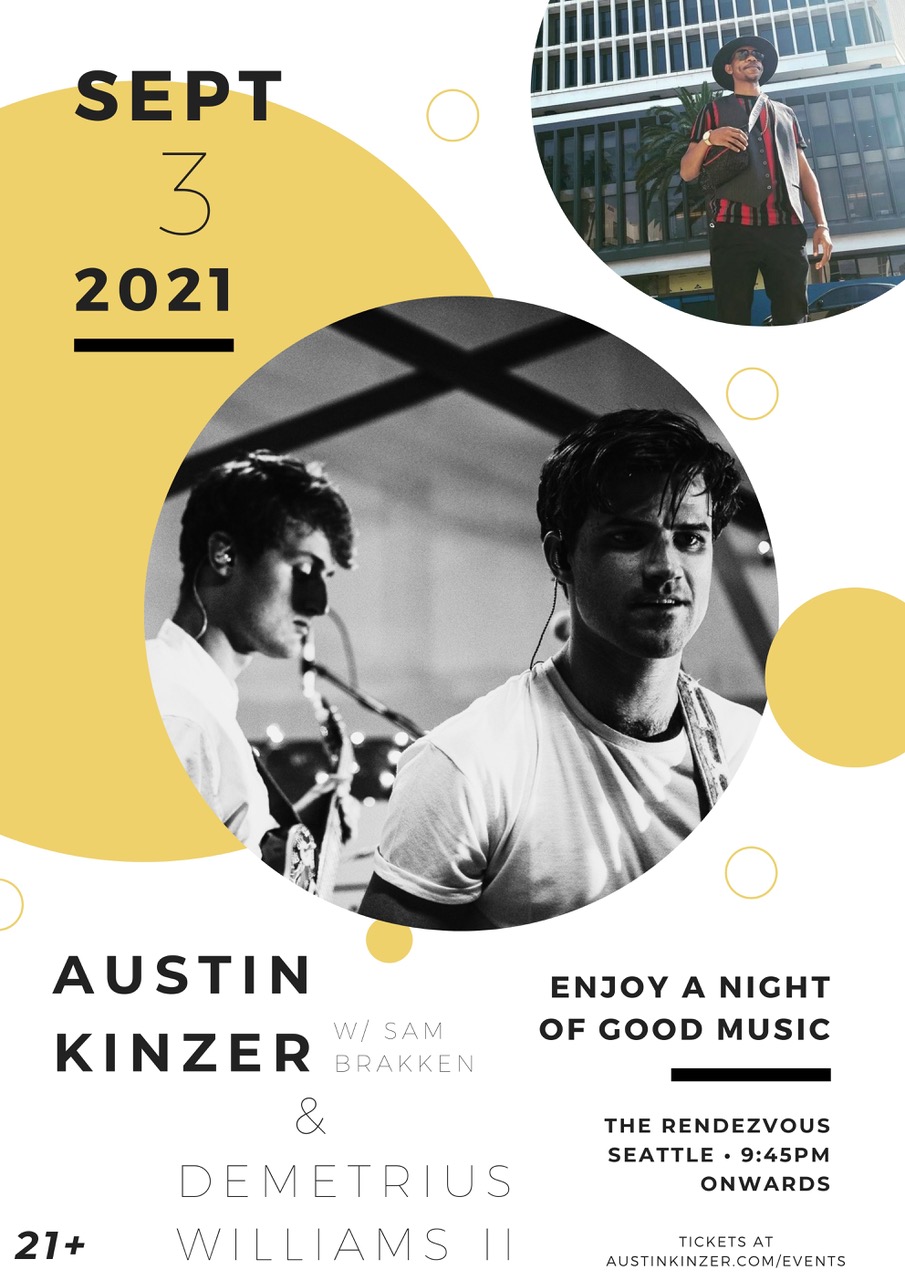 A night of great local music at one of Seattle’s hidden Gems, The Jewelbox Theater.

Demitrius Williams will be opening with eclectic tracks from his new solo releases.
Tickets on Sale at https://www.austinkinzer.com/tour