An Evening with Tracy Bonham and Blake Morgan 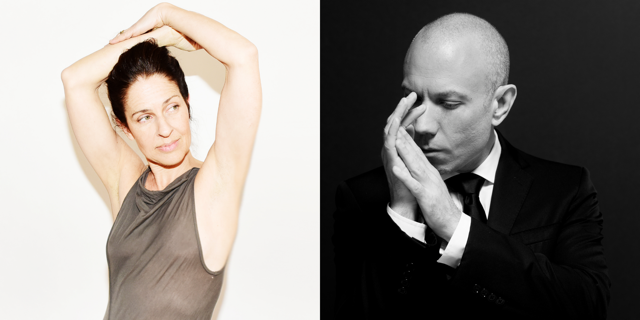 TRACY BONHAM:
“Bonham, from the beginning and increasingly over time, is a riveting, complicated maker of pop music.” ––PopMatters
“(She) brings a sophisticated quirkiness to the femme alt-pop table unseen for quite some time.” ––Billboard
“One of alternative rock’s most steadfast and powerful singer-songwriters.” ––Consequence Of Sound
“Bonham has definitely hit her groove.” ––Rolling Stone
“As addictive as ever.” ––Brooklyn Vegan

Grammy™ nominee Tracy Bonham is celebrating yet another banner year. Her new album, Modern Burdens, made Rolling Stone’s Top 50 albums of 2017, which they describe as “a lovingly penned postcard to Bonham’s past self, and a fascinating look at where she’s at right now.”

Where she’s at––and the current wave of commercial and critical success she’s enjoying––is remarkable and rare for any artist. But for Tracy Bonham, it’s no surprise: she’s an artist who has never ceased growing and has never stopped challenging herself, her own talents, or her audience.

Bonham’s debut, The Burdens of Being Upright, achieved Gold Record status in 1996, spawning the chart-topping hit “Mother Mother.” A pair of Grammy™ nominations followed, along with an MTV Video Award nomination for the single, which has remained a powerful anthem for the disenfranchised and isolated.

After following The Burdens of Being Upright with the critically-acclaimed album Down Here––heralded by All Music Guide as “a smart, assured, and distinctive second effort that is a quantum leap past her debut”––Bonham moved to Los Angeles to become the featured vocalist and violinist for Blue Man Group. 2005’s Blink The Brightest cemented her as the commercial and artful songwriter her fans had already come to love, with multiple TV and film placements and her third extensive tour in as many records. Subsequent to her move back to Brooklyn, her 2010 album Masts of Manhatta garnered rave reviews and landed her her second appearance on The Tonight Show. “Unfalteringly charming lyricism,” was Billboard’s praise for the record, while Rolling Stone called the album, “a gorgeous celebration of adult love.”

The commercial and critical laurels won by her latest releases––both 2015’s Wax & Gold, and the aforementioned Modern Burdens––have further underlined exactly what makes Tracy Bonham a stand-out serious artist with a unique set of talents. As PopMatters aptly describes, “Bonham, from the beginning and increasingly over time, is a riveting, complicated maker of pop music.”

Tracy Bonham has joined the ECR Music Group roster of recording artists, and is currently on tour in the United States throughout 2018-2019 alongside acclaimed singer-songwriter Blake Morgan. Her artist-in-residency concert series at New York City’s Rockwood Music Hall debuts October 26th 2018 and runs through April 18th, 2019.

Blake Morgan’s three-year run of sold-out concerts at New York City’s Rockwood Music Hall has fueled an extraordinary string of recent headlining performances for the artist around the globe: over 140 concerts across nearly 100,000 miles of touring on both sides of the Atlantic.

Morgan’s performances have not only become a New York City word-of-mouth sensation––he regularly features Grammy-nominated and Grammy-winning special guests who join him for unique on-stage collaborations––they’ve become a sensation on the road too, where he’s sold out concerts across the United States, the United Kingdom, and continental Europe.

There’s no sign of slowing down for the artist––the new 2018-2019 season of Morgan’s artist-in-residence concert series in New York gets underway on September 20th at Rockwood Music Hall and runs through May 16th. Simultaneously, Morgan will be back out on the road and joined by chart-topping powerhouse and Grammy nominee Tracy Bonham for two sets of national U.S. tour dates.

The Washington Post writes, “He’s got killer pop-rock instincts, something that leaps out at you…a natural when it comes to fashioning sharp melodies and catchy choruses.” Billboard Magazine adds, “Blake Morgan has a voice that was made to be heard on the radio…inspired songwriting and passionate performances.”

Native New Yorker Blake Morgan is a recording artist, multi-instrumentalist, record producer, and the founder and President of ECR Music Group, a global music company that operates under an elemental principle unprecedented in the music world: all of its artists and labels own one-hundred percent of their master recordings. His music advocacy has taken him to Capitol Hill numerous times where, as the founder of the #IRespectMusic movement, he continues to fight for music makers’ rights in the digital age.